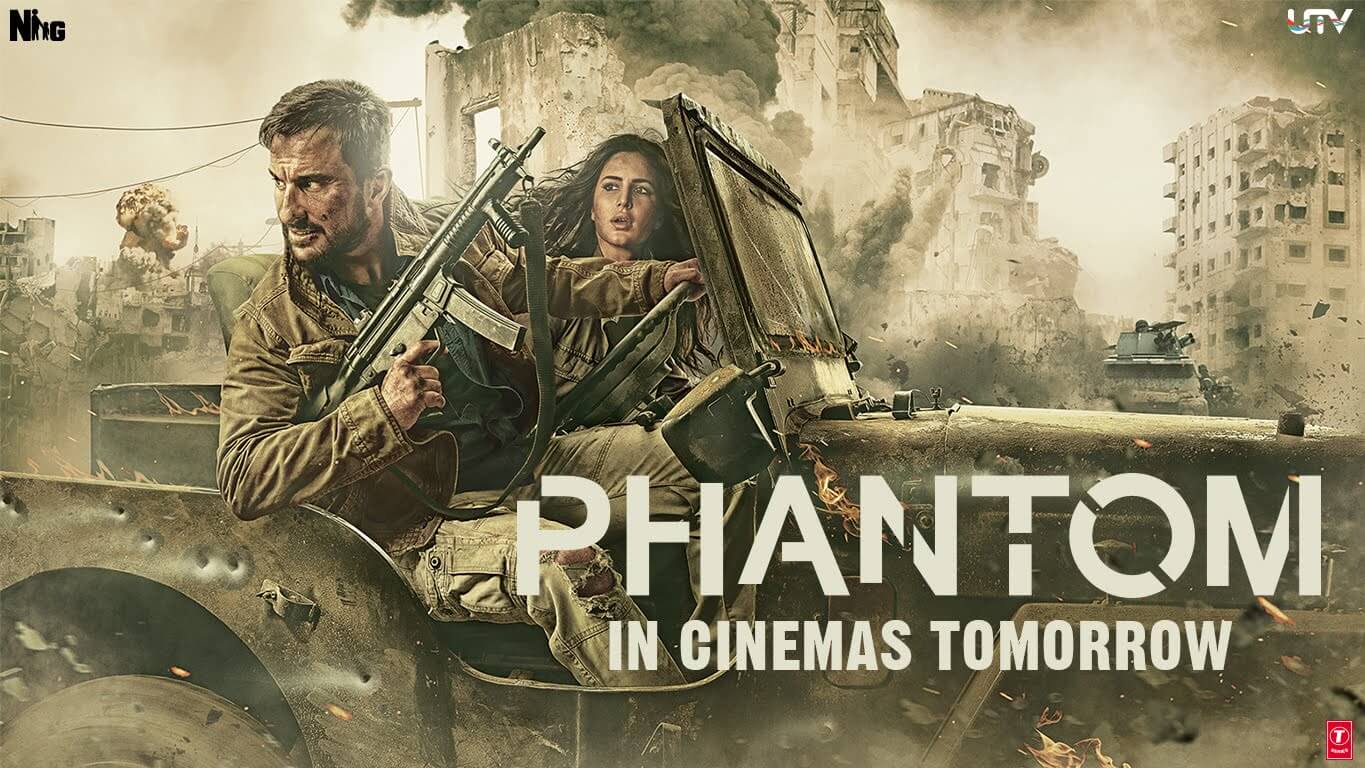 PHANTOM starts promisingly, only to lose its cutting edge quickly and never actually rise again. There are few interesting episodes in the initial part of the film, which provide elements of pace and curiosity, but very soon, the tale settles for a flat drink without fizz. Saif Ali Khan, who must be hungry for a hit, as he last had one eons back, should stop perfecting his spy abilities and avoid terrorist tales, because this is clearly not his forte. His impish smile and tongue-in-cheek one-liners are what makes him lovable (whether it is DIL CHAHTA HAI, HUM TUM, KAL HO NA HO or LOVE AAJ KAL) and someone better tell him that he has been awfully flat lately, when it has come to these mature, no nonsense characters (whether it is AGENT VINOD or PHANTOM).In fact, if he were to do it, he should at least take the Bond way- be romantic, dashing, cheeky and funny. About Katrina, the less said the better. She is definitely not spy material and Kabir Khan had no business to repeat her after EK THA TIGER. She is wooden and prevents any chemistry getting established between Saif and her. Nothing great can be said about the support cast, who are at best, average. No character or actor stands out. Compare this with the Neeraj Pandey spy thriller at the beginning of the year-BABY, which had almost all its leading and support characters leaving a distinct mark in the movie and you realize why PHANTOM is not more than an ordinary film, albeit lavishly mounted. Kabir Khan, who has this year’s biggest hit BAJRANGI BHAIJAAN to his credit, is good in his treatment but cannot take the ‘nothing great about it’ script to admirable levels. The outdoors -Kashmir, London, Chicago, Beirut all make the movie look grand, but on the inside-the movie is rather hollow.

All in all, here was a good subject, that could have been translated into an inspiring script and a compelling film, but in spite of an able captain at its helm, leaves no mark. Box-office prospects seem bleak. You may still watch it because without expectations- it might be ‘watchable’.