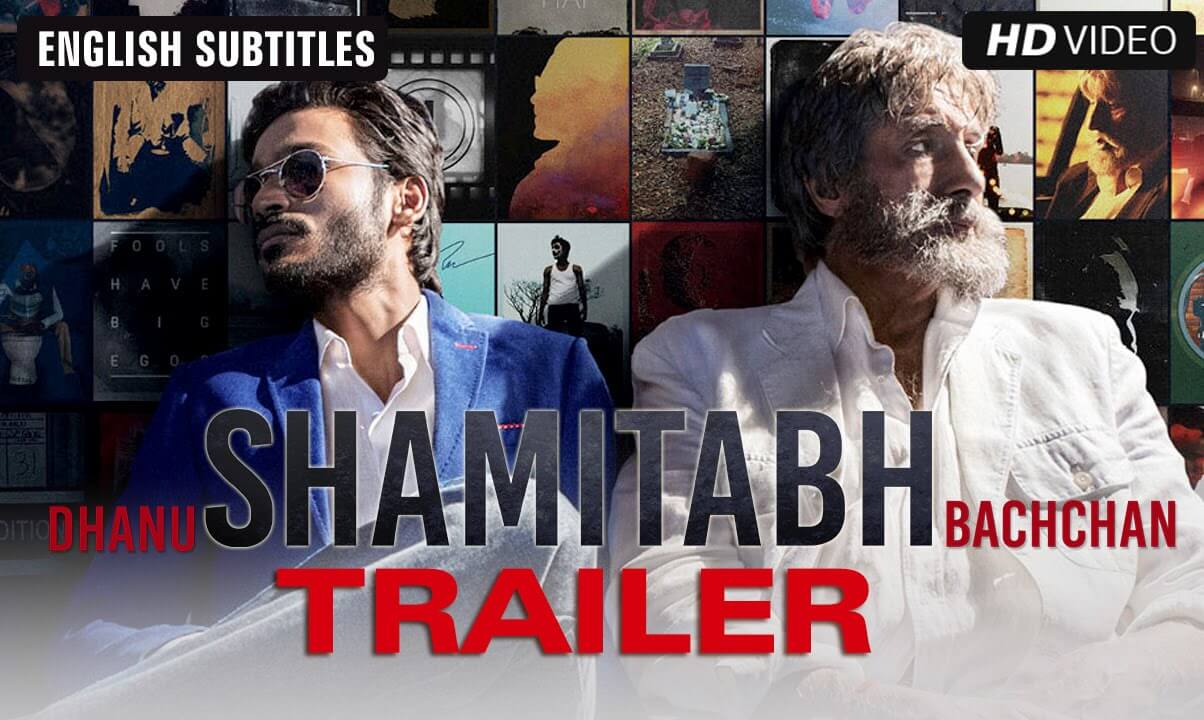 In a line : An “out of box“ idea – not done enough justice by a very capable film-maker.

R Balki,after PAA, had raised our expectations of him sky high. And here he fails. SHAMITABH is a unique idea ,which is typical of a Balki storyline,but doesn’t bloom fully. Inspite of a very interesting cast,the story and the film don’t reach the desired heights . The chances of the film being lapped by audience, seem rather bleak.

Inspite of this slightly harsh verdict, it must be said that the movie has a fairly gripping first half. The scenes showing Dhanush ,portraying Lifebuoy in a film, are whacky and fun .Amitabh is good to very good ,but not exactly outstanding.Dhanush is adequate,but the surprisingly different Dhanush, whom we saw in RAANJHANA is absent. Akshara Haasan(Kamalhaasan-Sarika’s younger daughter),in her tomboyish avatar,may be raw to fair, but it looks that here is a fresh face which will keep growing on the audience,with right selection of roles and films. Rekha’s cameo at an awards night, is very clever ,but could have been made more effective by being less verbose. The climax gives an unnecessary twist to the tale and doesn’t go too well. Years ago ,a similar ploy was used by Manoj Kumar in the climax of his successful, heart-tugging SHOR with great, dramatic results.Here,however,the effect is lost and viewer is left wondering-“why all this?”

Illaiyaraja,in his 999th film as music director,is very good.The “Pidly” song,in Amitabh’s voice is actually very novel and hummable. Add to it,the totally ‘no holds barred’ picturisation, where commodes are emerging out of almost everywhere and you have a song,outlandishly funny.

The title arouses curiosity and many an eager film-watcher would just have gone to the hall to see what is SHAMITABH after all. But the word of mouth is unlikely to pull great crowds. Yet, the film is definitely recommended as a one-time watch and might appeal to film-goers who are oblivious of what greatness to expect of a R. Balkishen film.

Find show times for ‘Shamithabh’ in your city – click here