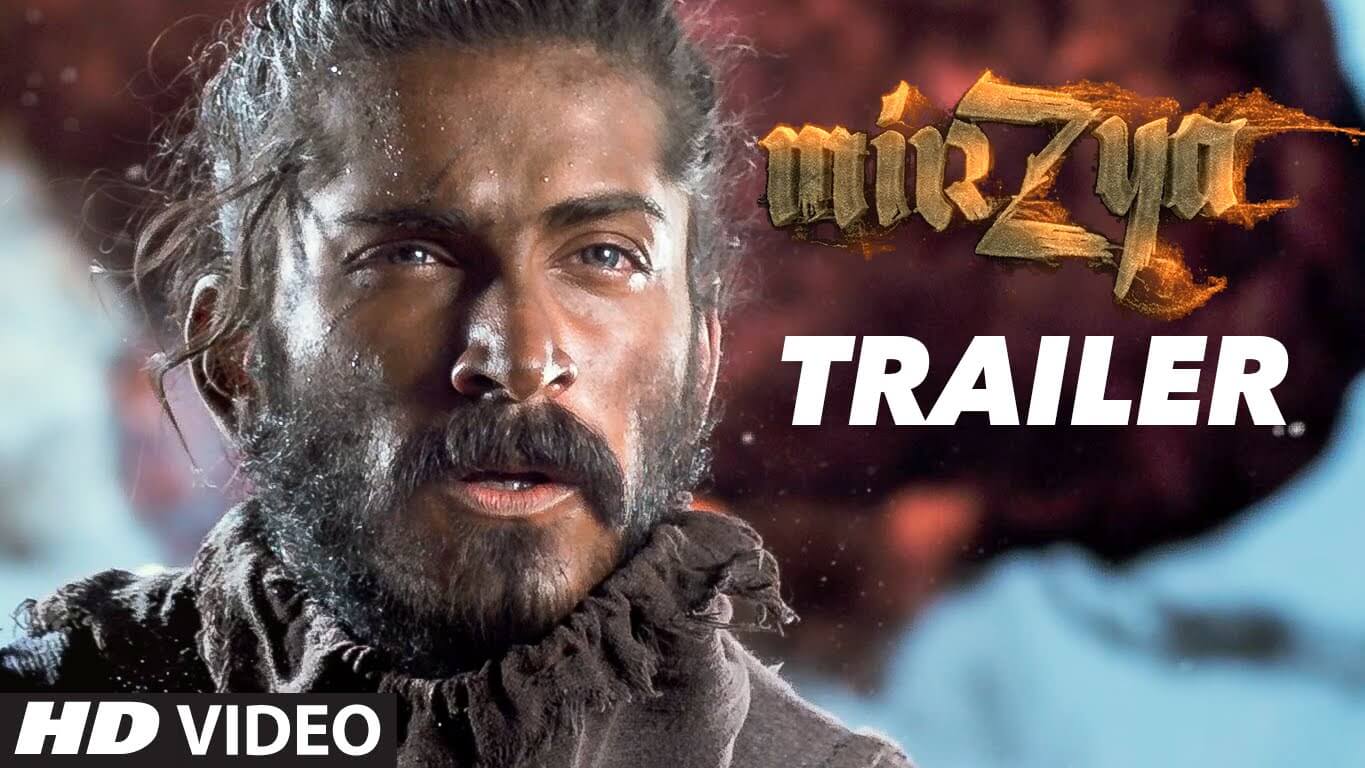 MIRZYA – Oye Rakeyshya- kee kitta ee (what have you done?)

Many great filmmakers often do at least one over-indulgent piece in their career. We thought AKS was that film for our beloved Rakeysh Om Prakash Mehra- no it is not, it is MIRZYA ! Most people will fail to fathom- why he, the maker of classics RANG DE BASANTI and BHAAG MILKHA BHAAG, made this one. If Sanjay Leela Bhansali was panned and reprimanded for his self-indulgent SAAWARIYA, he needs to be excused now- for he came nowhere remotely close to making a “Mirzya”.

As for Gulzar, he has written 2 hours and 10 minutes of “Zihaal-e-masti makun barandish…” or something similar. Dearest, most loved and respected Gulzar sa’ab, you can do this in a 5-minute song, but you cannot write a screenplay, which sounds and reads like this !

Mirza Sahibaan, one of the 4 tragic romances of Punjab, is treated without a hint of Punjab( ok!) and the love and passion is completely missing(what?)……Yes, if it is a tragic love-tale and no one in audience sheds a tear for the lovers, it means no one felt anything….the love story has failed.

Harshwardhan Kapoor, who reminds us of Farhan Akhtar many times in the movie is an embodiment of just one emotion- INTENSE. And that is not enough at all. You have to show your caliber and many talents in your debut vehicle. Not everyone is as lucky as Ranbir Kapoor, to start with “Saawariya” and yet become the national heart-throb. Saiyami Kher must be a beautiful lass otherwise, but her total lack of chemistry with her hero and the abrupt edges of her character- take everything away from her. We wish both Harshwardhan and Saiyami the best for their second films- this one will be a dead duck on their shoulders. Among the supporting cast, Anjali Patil as Zeenat looks alluring- nothing much can be said of her role. Anuj Choudhary as the Prince looks good and royal at the onset but sinks as his role sinks. Art Malik as the girls father could have impressed but doesn’t.

The one magnificent thing about the movie is its breathtaking cinematography and the sheer out of the box visualization of the golden era of Mirza- Sahibaan (nothing to do with the known Punjabi folk-lore)
Hard work has also gone into the music and it lifts the movie at times.
So, Rakesh ji- It has been ages since we were so disappointed !
But we will await your next film with as much anticipation as we have ever done , since your Rang De Basanti, and we will forget this one…..that is the best we can do !

3
MIRZYA – Oye Rakeyshya- kee kitta ee (what have you done?)