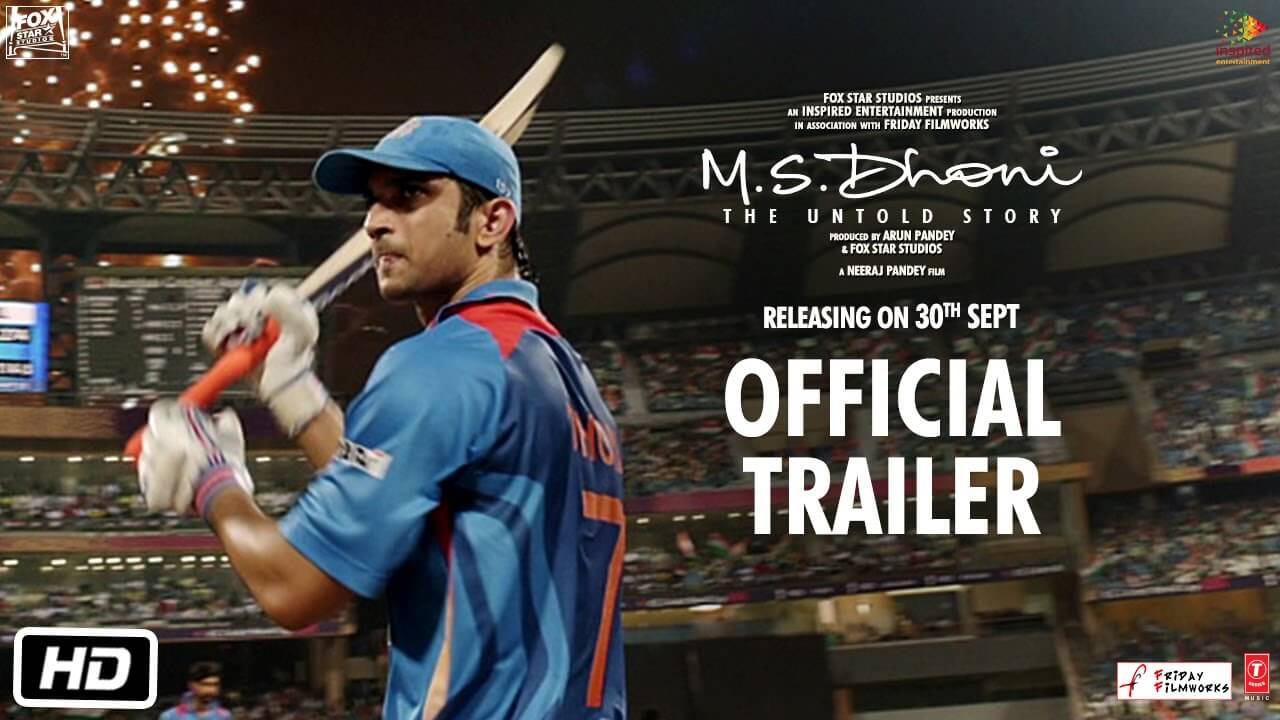 M S DHONI- is well-made and well-told, but no way the THE UNTOLD STORY

When a 35-year-old aggressive go-getter and a still very active and powerful person like M. S. Dhoni is the theme of the movie, how much of an untold story can the film-maker tell on his own. Not much, I presume! That is half the statement and the other half is that the brilliant Neeraj Pandey does make a very neat film, very watchable and well-constructed. Sushant Singh Rajput, with hardly any resemblance to superstar Dhoni, does all that is possible quite convincingly, under the very able guidance of his director. The walk, the cricketing shots, and on-field mannerisms are copied commendably, especially in comparison to what we witnessed in the form of the shoddy approach of the director and lead actor in AZHAR.

Though the movie is certainly laudable, what pinches is the lack of meat in the tale. Does the film actually tell a remarkable story or it is just a carefully monitored hagiography?

All major cricketing controversies are avoided in the story and the study of Dhoni’s inner-self which contributes to his Captain Cool image and his steely resolve and self-belief to take huge decisions is not amply highlighted. Two romances of his life are dealt with in a quite a detailed and filmi way with the writer-director wearing careful, clean white gloves.

As for Sushant Singh Rajput, firstly to debut as the protagonist in film version of Chetan Bhagat’s “3 mistakes of my life”, then land the second lead in Raju Hirani’s PK and later the lead in Dibakar Banerjee’s “Byomkesh Bakshy” before this present landmark opportunity, clearly indicates a streak of awesome luck, that far surpasses his visible talent. All said, he gives a performance worth appreciation.

Disha Patani as Dhoni’s first love looks very pretty and likable. Kiara Adwani, as his second love is also fairly good. Anupam Kher, for once, seems wasted in a Neeraj Pandey film. An unknown face might have worked better. The support cast is good to very good, though not exactly brilliant, as has been the case with Pandey’s earlier films –A WEDNESDAY, SPECIAL 26 and BABY.
All in all, the film is the best ever film on cricket made in this cricket- crazy country and has no major flaws to hold you back not to see it. Go ahead and celebrate cricket- the filmi way!

5.2k
M S DHONI- is well-made and well-told, but no way the THE UNTOLD STORY