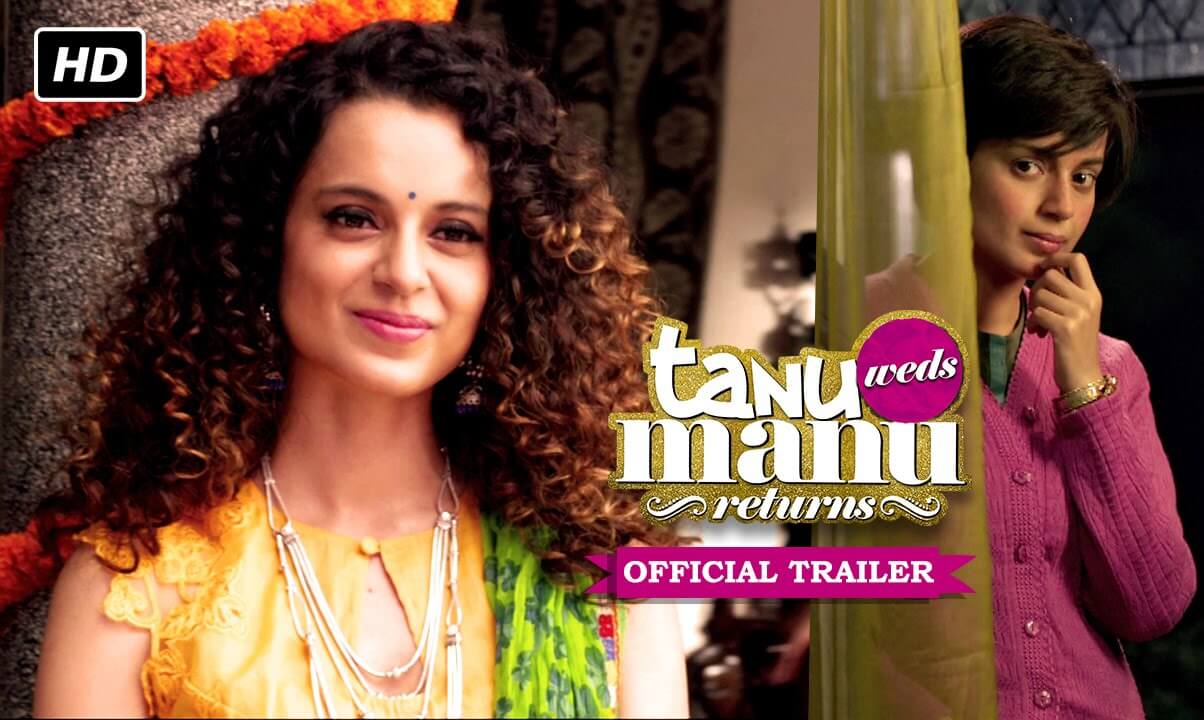 TANU and MANU return in a way that sequels should -fresh in approach, new in ideas, with limited hangover, and using the prequel as a stepping stone, rather than resting on its laurels. “Tanu Weds Manu Returns” is a triumph of effective and solid sequel -making, something where even the big brother Hollywood has repeatedly failed. And who walks away with the honours again? Last year’s QUEEN, Kangana Ranaut gives a double role performance, the parallel of which will be hard to find in Hindi film history. Anand L.Rai, who started his directorial journey with little known “Strangers”(2007) and “Thodi Life Thoda Magic”(2008), now has a hat-trick of beautiful films- Tanu weds Manu (2011), Raanjhana (2013) and TWMR. The last two have wooed the box-office and there seems no reason why this one will not find favour there. The story is a giant winner and Himanshu Sharma deserves all praises for a very original plot, (excepting the climax). The opening of the film and what happens in London is so damn different, that you put on your best shoes for the action ahead. Tanu is one of a kind female character ever created in Hindi cinema and Kangana’s rendition of rein-less Tanu in the two films is extra special. As the wild and firebrand ‘Kanpuri’ Tanu and the ‘dehati’ but immensely self-assured ‘Hayanvi’ Datto, she literally lives the two characters- with no similarities in walk, talk, body language and characteristics. In fact, she even surpasses her best as the Haryanvi lass. R. Madhavan , who acknowledges to be 80 kg in the movie but looks 95 kg, is his usual subdued self, with limited emotions. But again, this is also what his character demands him to be. At best, he is adequate, but could have been more emotive and convincing, when falling in love again at 40 plus. Also, the ease with which Datto accepts his love is a bit, (only a bit) unconvincing. But deduct no further marks from this movie. It is after all a real gem.

Deepak Dobriyal as Pappi , in the absence of Madhavan choosing to speak much, has a very long role and he is very good too. The one-liners lined in the movie are extremely good, making it one of the most truly funny movies in recent times. The flavour factor in the movie is well taken care of-whether it is Kanpur or Delhi or Jhajjar. The music by Krsna Solo and Tanishk Vayu is what the doctor ordered for the movie. The song “Old school girl” in English is a very brave attempt to have an English song in Haryanvi accent.

All in all- while many will stick to the conclusion that part 1 was better, as many will be convinced that this one takes over the first part. What no one will deny is that here is a genuine, well- scripted, excellently directed entertainer, with superb performances and deserves to be a super hit. Another ½ star can be added to the rating, at will. No one will disagree or mind.