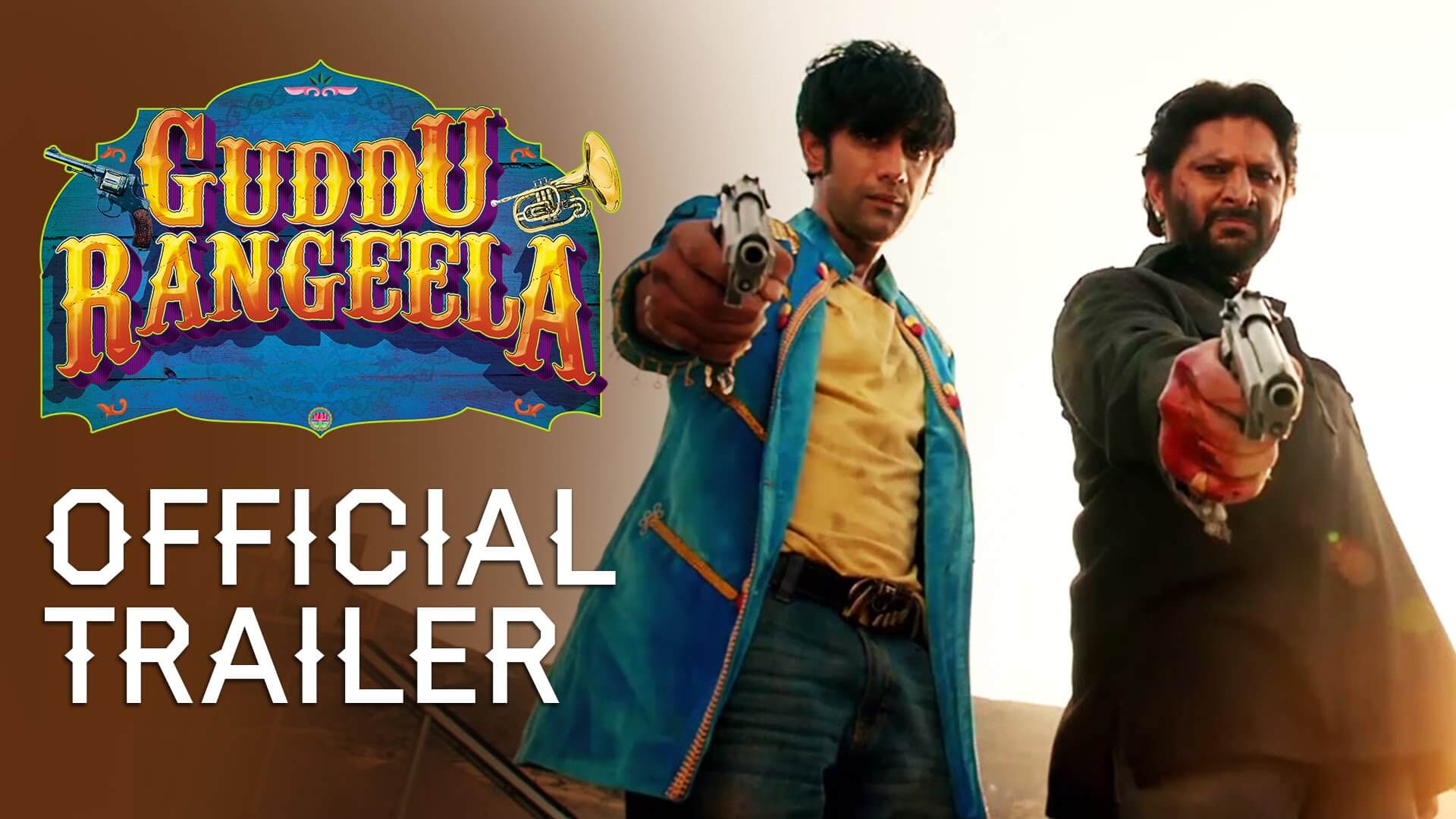 That this is Subhash Kapoor’s next Arshad Warsi starrer after the surprisingly delectable JOLLY LLB (2013) can be a good reason to go and watch this film. That it is film where a social issue has been dipped in comedy and boiled in a pot of action could have made its pull bigger. But GUDDU RANGEELA is at the most a watchable film, nothing more. It doesn’t astonish or appeal to any great extent. The predictable formula film is salvaged by a bevy of good actors and some interesting characters. The good thing is that the social message is not too loud and the comedy is not over the top, but the script is also not anything very new. Yet a powerhouse performance by Ronit Roy, some quirky music by the whacky music wizard Amit Trivedi , some double meaning lines and jokes and an appropriate backdrop of the Haryanvi Jaatland- makes it likeable to a certain extent.

GUDDU RANGEELA starts with a song MAATA KI E-MAIL, a neo-devotional song ,using terms like Facebook, Chat and E-mail in the bhaint, pushing us sub-consciously towards the memories of Amit Trivedi’s ‘Emotional Atyachar” for Dev D. Arshad Warsi and Amit Sadh as the goofballs are good but the script doesn’t let them be anything more than just good. Aditi Rao Hydari is a total waste though. Ronit Roy, seems to be getting typecast in this particular type of roles, yet he gives a flawless performance. His cruel, intelligent, ruthless, politically strong character is the one best crafted in the movie, and his body language, facial expressions and his super dialogue delivery in Haryanvi dialect makes his act worthy of applause. Dibyendu Bhattacharya also charms as Gora Bengali. Shriswara as Babli gets noticed towards the end, when she gets to speak the ‘moral of the story’ over the mike in front of the Khap and the villagers. Rajiv Gupta, as the Haryanvi cop steals many a scenes and his casual approach towards crime and criminals is genuinely funny.
“O! Babbar sher ki aulad! Teri maa jungle mein gayi thi ya sher ghar par aaya tha” mouthed by Arshad Warsi is one amongst the many cheeky lines in the film. There is also an attempt by Subhash Kapoor to give it an Bollywoodian WESTERN look, as also to borrow here and there conspicuously from SHOLAY.
All in all- if you happen to miss this one, you will not miss anything ‘essential’. Yet, if you end up watching it, you can always say- Theek hai ! Not Bad !

Watch Guddu Rangeela in your city – check for showtimes here