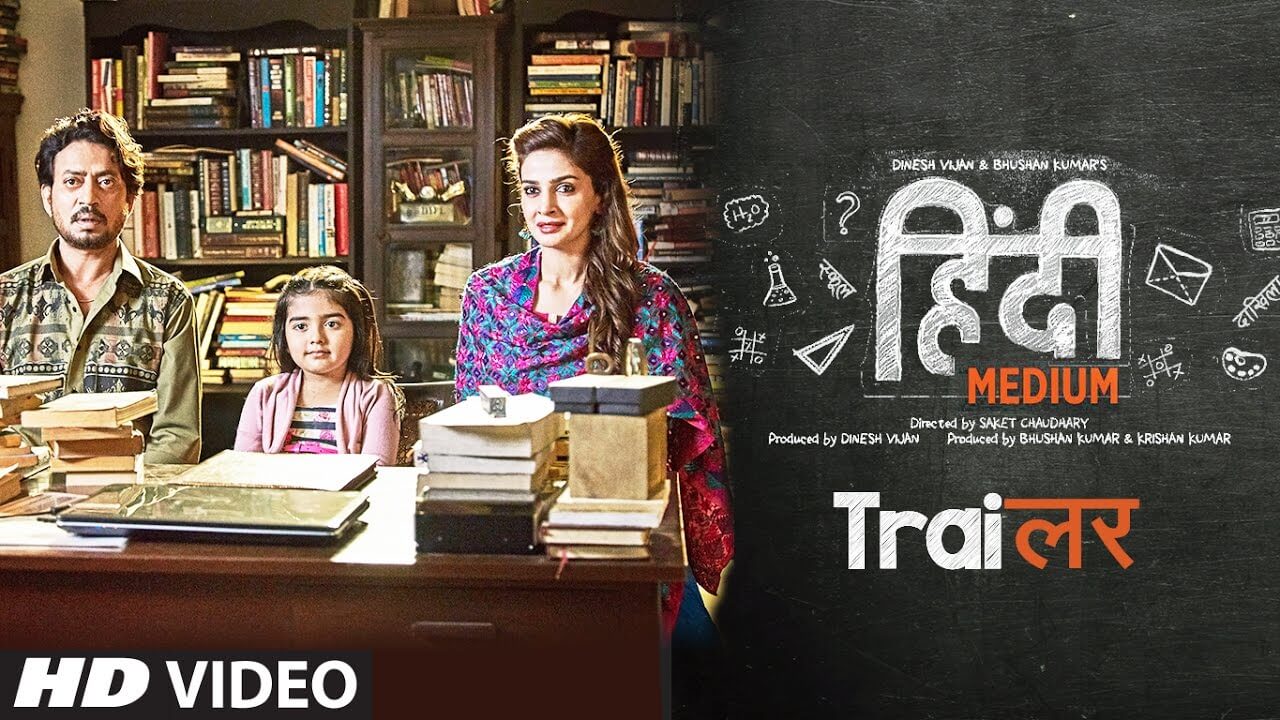 Not devoid of flaws and loopholes, HINDI MEDIUM scores highly because of its performances, comedy, story idea, and even its social message. But in sending across the message, it tumbles into the zones of over-dramatization and preaching and characters making unacceptable u-turns. Yet as a whole, it remains a delectable movie, which should in all probability go well with the public. It might turn out to be Irrfan’s biggest solo Bollywood hit.

HINDI MEDIUM is about private school admissions, it is about the great divide in India between the English and the Hindi speaking classes and it is about the need to have equal opportunity for all to have quality education. The first half is sheer delight as social messages are in the background and not too much in the face and comedy is ruling the roost. All issues are mostly dealt in light way and Irrfan ‘s comic timing is superb. Add to this-the Pakistani import, Saba Qamar, who looks very pretty and emotes very well and supports and compliments Irrfan beautifully. The second half takes to drama in a big way, characters become preachy and messages are thrown in your face, and it almost seems that writers have changed. But again, compare it to a few movies centered around education system like the Shahid Kapoor –starrer, the pathetic PAATHSHAALA (2010) and Remo D’souza debut directorial and true to its name-F.A.L.T.U., and you realize that our movie in question is far, far ahead in all departments.

HINDI MEDIUM is directed by PYAR KE SIDE EFFECTS and SHAADI KE SIDE EFFECTS director, Saket Choudhary. Apart from this, he was also the joint screenplay-writer of Shahrukh Khan’s ASOKA. Saket is confident and shows a good flair to handle comedy, but mid-way starts losing some of his touch and changes tracks and meanders. Tilottama Shome as admission consultant fits the bill well and Deepak Dobriyal is the pleasant surprise in the second half. This TANU WEDS MANU actor plays a totally different character and stands out.

All in all, this movie at the beginning of Summer vacations should attract crowds and Irrfan’s rising popularity will cement it and people will ask about Saba Qamar in the interval and at the end of the movie- Who Is That Girl?