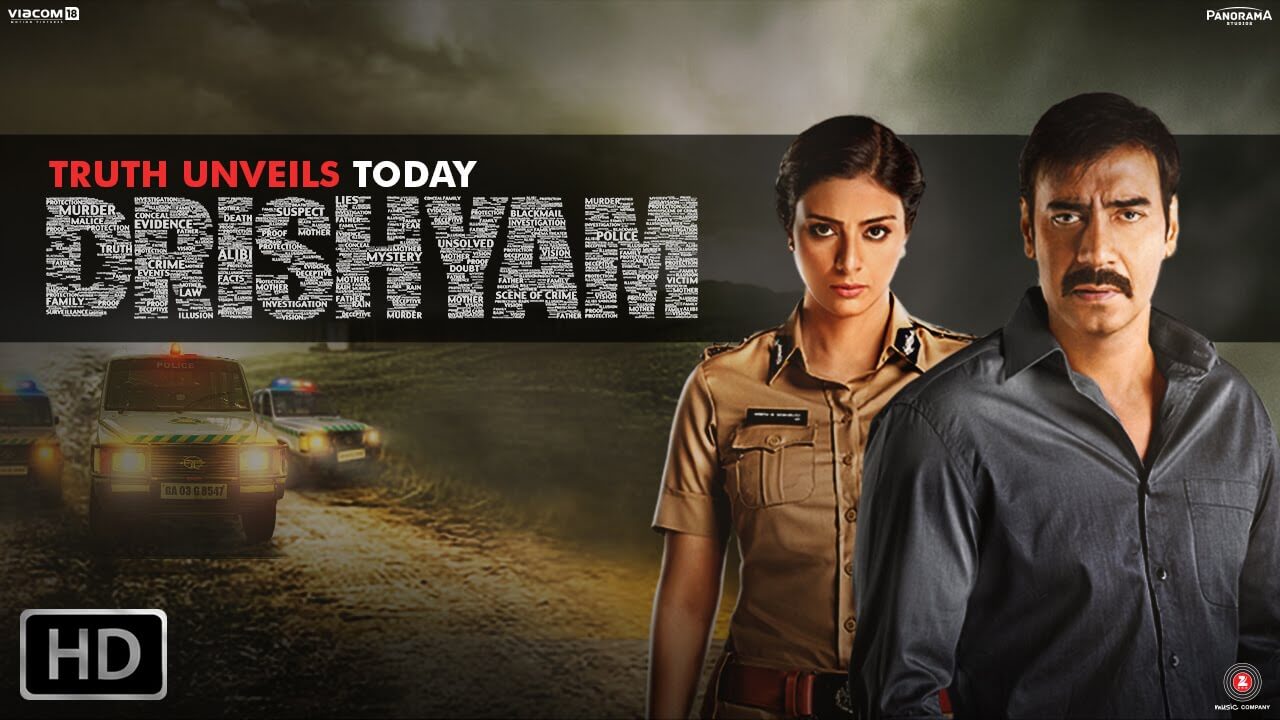 Jeethu Joseph’s 2013 Mohanlal starrer DRISHYAM is regarded as the biggest Malayalam blockbuster of all time. Jeethu Joseph himself directed its 2015 remake PAPANASAM starring Kamal Haasan , but the Hindi remake DRISHYAM is directed by Nishikant Kamat, whose last Hindi film was John Abraham starrer-FORCE. DRiSHYAM is a film that has been remade 4 times in as little as 2 years and in itself speaks a lot of how powerful the subject is. The Hindi version is a compelling drama, where the common man fights the fight of his life as if there was no tomorrow. Vijay, the protagonist played by Ajay Devgn, just like the extra ‘u’s removed from his surname, is intense and to the point. Yes, intensity is the hallmark of Devgn’s characters lately and his brevity of emotions and expressions works well for this character too. Only one thing that jars is that Ajay looks and talks as an intelligent, well-groomed character and doesn’t give the impession of a 4th Std. fail. Shriya Saran as his wife is adequate, but the debutant Ishita Dutt (Tanushree Dutta’s younger sister) does a good job of her Anju. Tabu , surprisingly is not the scene stealer, though more than adequate. Her I.G.of Police seems somewhat tame and her mother aspect is more dominant. But actually that might be what makes her character different from such earlier characters. Rajat Kapor playing her husband does a rather neat job and even rises above the script.

Nishikant Kamat does a really good job of a superb story and screenplay and the suspense is kept alive by the many twists in the tale. The Goa shown in the movie is visually appealing and the long shots of the city are a pleasure. Cinematographer Avinash Arun deserves kudos for that. Music is by Vishal Bhardwaj and lyrics by Gulzar.
Suspense is a difficult genre and well-made suspense films are rare. So, here is one which is one of those rare treats- well scripted, well-directed, well enacted and overall a very good product. Though the theme had all that is required as an excuse to take the script into sleazy zone, the writer is focused on his agenda and keeps the proceedings fit for a family audience. For once, it is the common man getting better over the police and the triumph is welcome-always. This one coming in the YEAR OF EXCEPTIONAL FILMS -2015 is another MUST SEE.