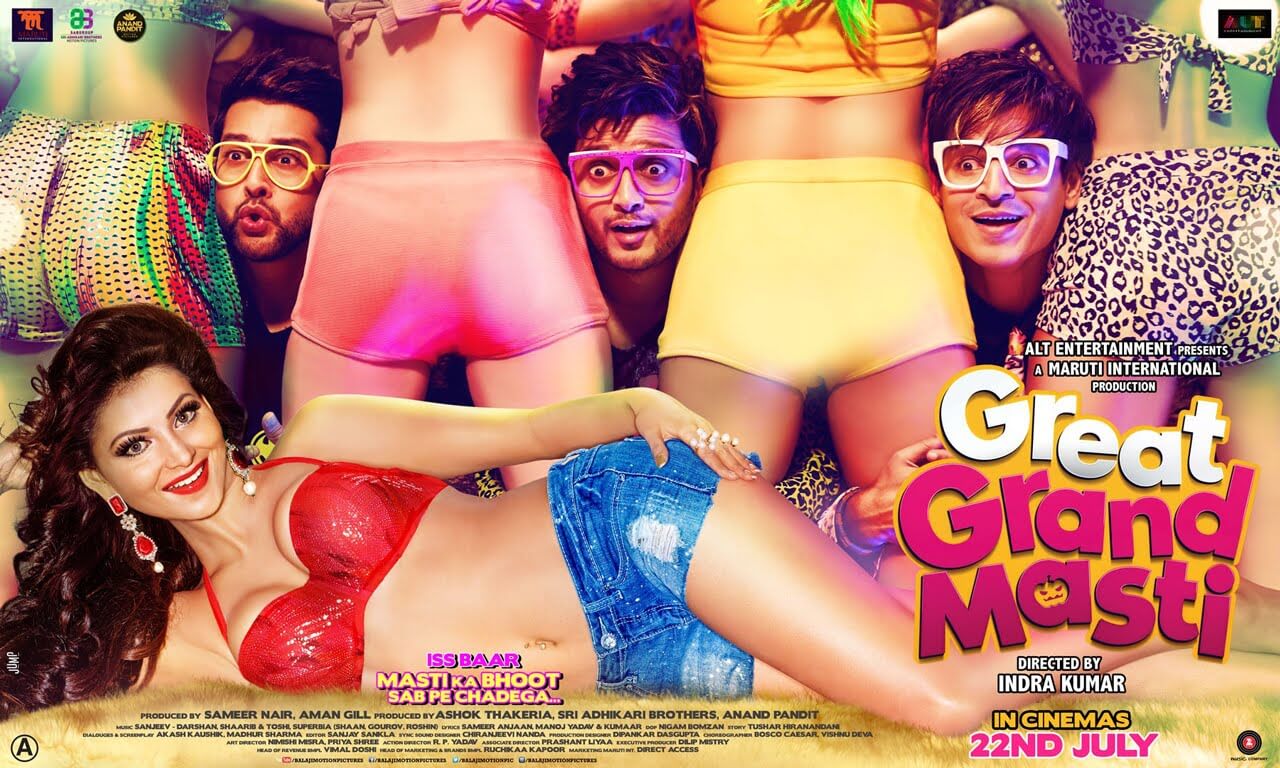 Great Grand Masti……here is finally a movie you can totally avoid. Masti is such an alluring word. And when you set out to make an adult comedy….you can do so much more, because you have a few extra licenses to cross certain lines. But after all this, if you want to make Great Grand Masti – then the only question you can ask is “Why Indra Kumar, why?” GGM is an adult horror comedy- a new genre created by Indra Kumar, but sadly it is stillborn! There are a few good comic touches like the anticipation of the chic scene in the village Doodhwadi by our protagonists. Or the steel tumblers’ response to Viagra and the images of dildos with suction cup in the background. Or the take on Ramsay brothers. But most other jokes are not funny. The trio of Riteish Deshmukh, Vivek Oberoi and Aftab Shivdasani are good actors without a good script. The three wives-Pooja Bose, Mishti and Shraddha Das are pretty and in comparison Urvashi Rautela is a KLPD.

Indra Kumar, who once made Dil, Beta, Raja, Ishq and Mann seems to have lost his grip over the popular pulse. Notwithstanding that he has made two instalments in Masti series with box-office success, this one is not recommended in any way. Watch it at entirely your own risk.
The salient advice would be-rather than watching this one, have masti in any other which way you can !