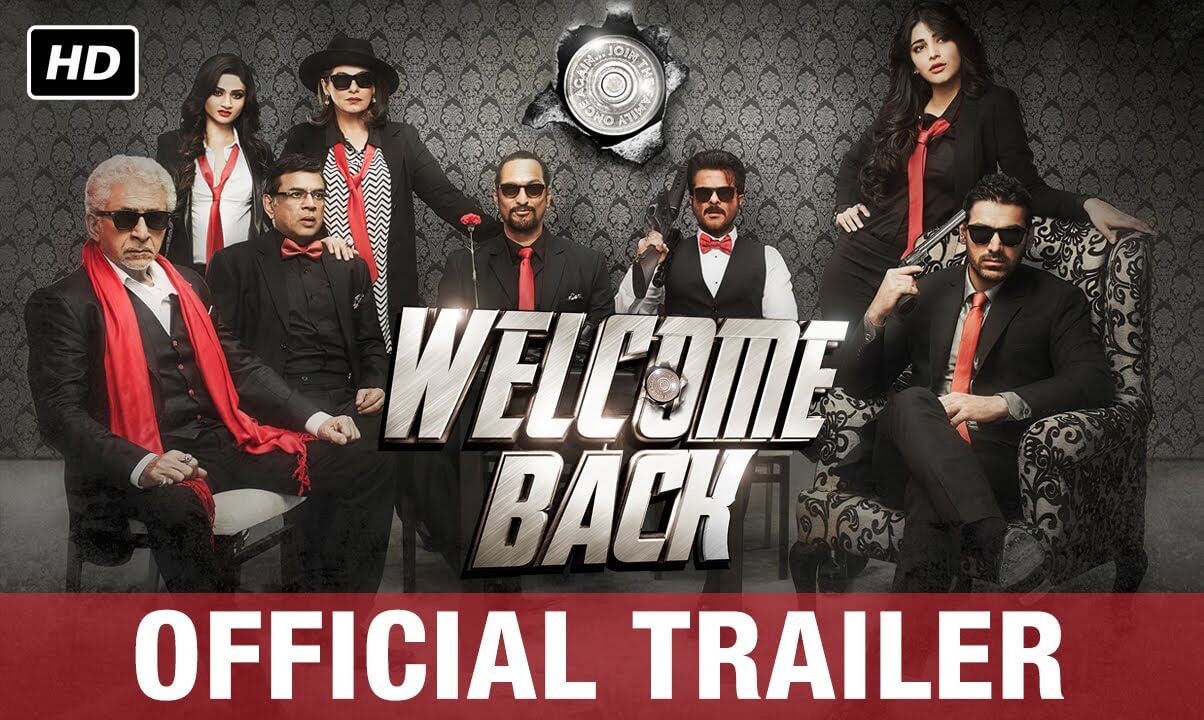 A few hundred jokes and numerous funny one-liners plus a very talented cast notwithstanding, WELCOME BACK fails to create the comic effect, we expected and deserved from this Anees Bazmee sequel to the 2007 WELCOME. At best, the comedy is above average. Nana Patekar and Anil Kapoor just do justice to their characters but cannot infuse them with dynamism and outlandishness, required to lift the film to heights. John Abraham is refreshing to see, but again doesn’t explode the screen with his comic timing. Naseeruddin Shah is good, though only as good as his character; there being nothing ground-breaking in his comedy. Debutant Sakshi Maggo had no reason to have been cast in such an important role- neither she has the looks, nor the acting ability. Shruti Hassan, with eyes of Sarika and lips of Batman’s Joker, forgot to borrow much from her father, Kamalhaasan and sadly is a disappointment here too. She even doesn’t lend anything to make the movie attractive. Dimple is limited by her role, but still looks beautiful. Paresh Rawal , as always, does well, with whatever scope he gets. It is particularly welcome to see the almost ostracized Shiny Ahuja carry himself well in the tale.

Anees Bazmee’s last release, READY (2011) was a blockbuster and he scored great highs of success with WELCOME (2007) and SINGH IS KING (2008), the latter probably his best comic work. Here, he uses a huge canvas, employs a great team, compiles a fair share of gags and jokes and does a few more things to make it a  big sequel, yet fails in the overall impact and cannot provide a truly rollicking comic climate. The film boasts of being the first Bollywood film to be shot inside the Emirates Palace in Abu Dhabi, plus being shot in Burj Khalifa , Waldorf Astoria Dubai Palm Jumeirah and the Meydan. The music is composed by as many as seven artists.

All said and done, we may still have a ‘hit’ here, because such products have been lapped up by audience in the past. And yes, we will be perfectly fine if it makes money, cos it is neither a shoddy product, nor lacks the requisites to lift it to a certain level. Watchable, if insanity in comedies is palatable for you.