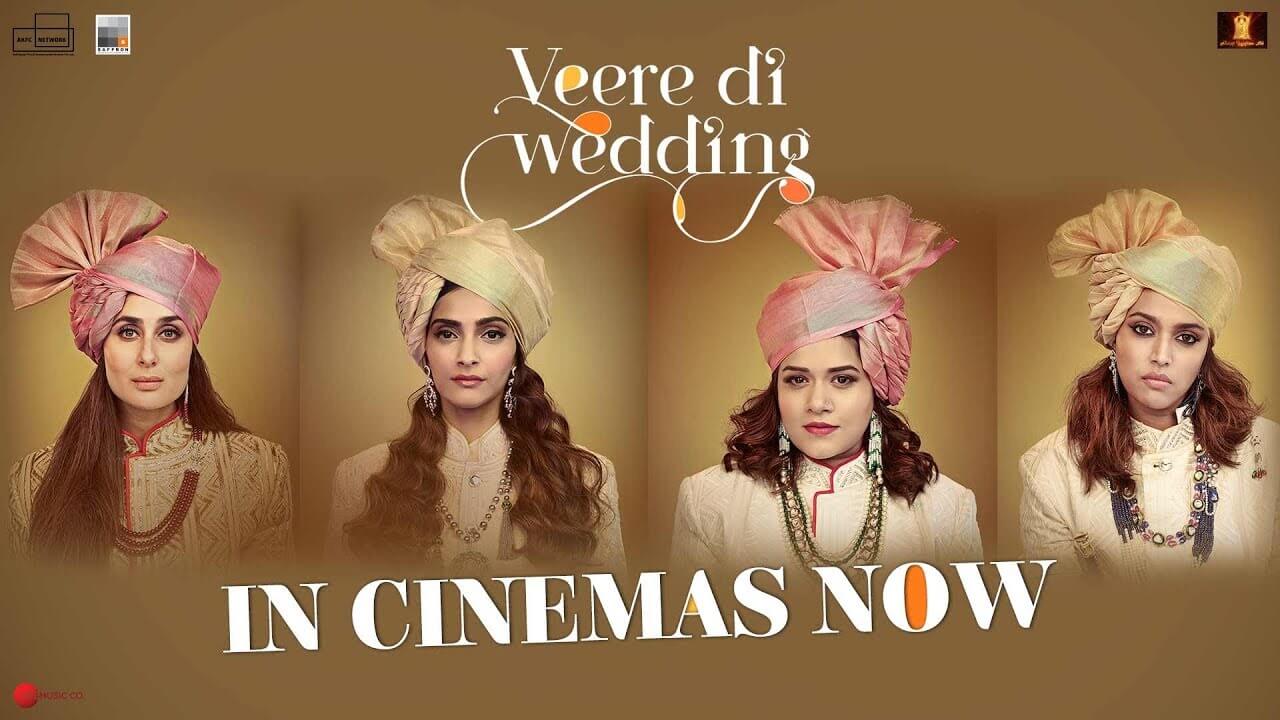 VEERE DI WEDDING (VDW) is a film on girl-bonding. It has its fun moments, brazenly bold dialogues and never before girl characters. Entertain it does, yet doesn’t take you to The Climax or ‘Charam Sukh’ in the language of our four girls. VDW is an entertainer and at times raises unprecedented laughs and chuckles in the theatre, thanks to its no holds barred girl jokes. The going-ons are interesting for most of the part of the film, and all the actors are good, yet the film may not attain the status of a DIL CHAHTA HAI or ZINDAGI NA MILEGI DOBARA, two cult movies in the genre. Still, it will have enough admirers, backers and gushers.

Kareena Kapoor Khan is good to very good, though it is the first instance, that she looks a little on the ageing side. Sonam Kapoor is cute and likable. Swara Bhaskar, who is a very fine actress, does a role out of her comfort zone, yet secures more than passing marks. Shikha Talsania, the daughter of Tiku Talsania, who debuted in WAKE UP SID, less than a decade ago, does what is expected of her- she fits her bill very well. But had these characters just a little more depth and substance, the story would have been absolutely mind-blowing.
Sumeet Vyas as Kareena’s fiancé looks a little less than what is expected of Kareena’s hero, but is above average otherwise. He doesn’t add anything substantial to the movie.
Shashanka Ghosh, who earlier directed Sonam Kapoor in “Khoobsurat”, handles the new age girls’ story very well , but could have benefitted from a more completely rounded script. His use of MAA KA PHONE AAYA(a song from Khubsoorat) as ring-tone of one of our girls, may give a new phase of life to this excellent, quirky song. All songs by Shashwat Sachdev, White Noise,Vishal Mishra and Qaran, are catchy and interesting and in the same vein as Sneha Khanwalkar’s music for Khubsoorat .
Outside of UDTA PUNJAB, this film has the most filthy language ever used in a Hindi film, and this exactly is its USP.
So, this is a film to be watched with friends, not your daughters-let them watch it with their friends. In short, it is a very watchable new age film on today’s girls / ladies, provided you go with an uncritical, open mind to watch it .It stands very good chances at the box- office.