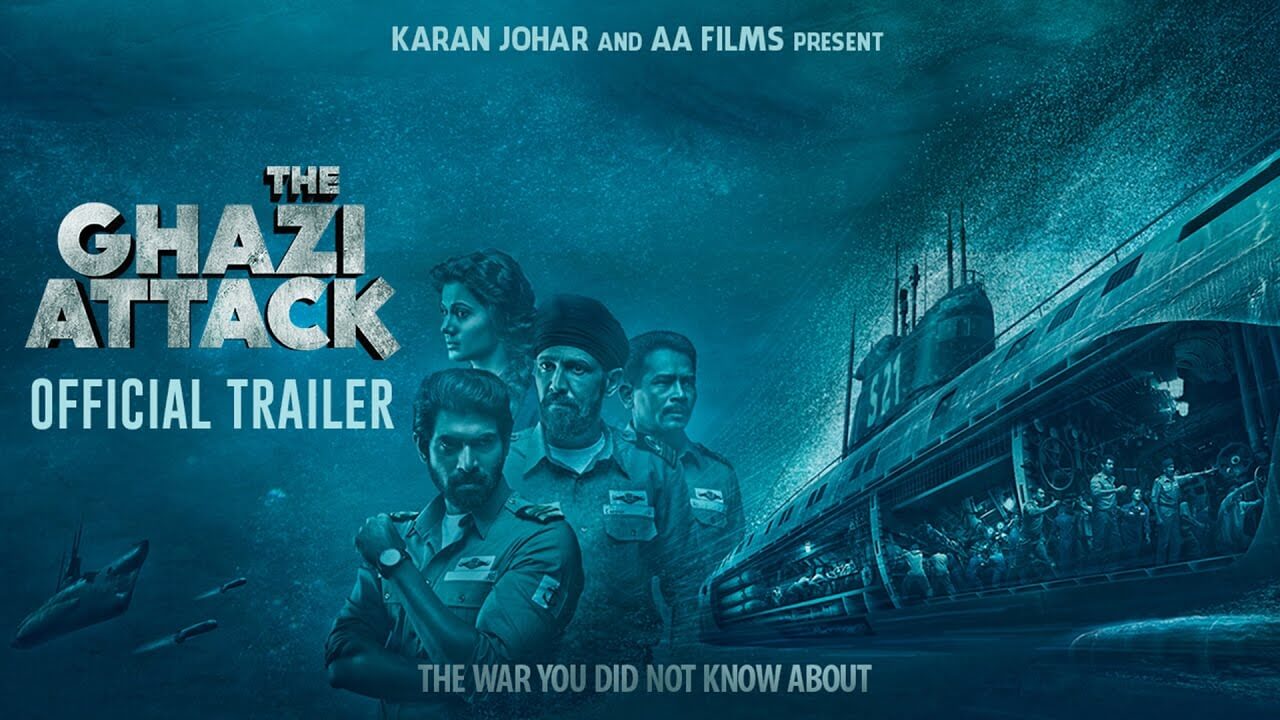 A mystery story behind the Indo-Pak war. Rana Daggubati, Tapsee Pannu, Kay Kay Menon, Om Puri are in lead role, under the direction of Sankalp Reddy.

The film is well received by critics all over. Here’s what critics have to say about The Ghazi Attack.

The Ghazi Attack is based on the mysterious sinking of the behemoth of a submarine called PNS Ghazi, pretty much The Nautilus of the Pakistan Army between 1964 and 1971. According to the Pak army, PNS Ghazi sank due to explosions caused by itself or the landmines it laid in the Bay of Bengal.

The Ghazi Attack clarifies that though it is inspired by historic events, it is ‘purely a work of fiction’. While various versions of this underwater incident have surfaced, this film is based on the claim that India’s INS-Rajput attacked Ghazi,

Ghazi stays true to its genre, not giving in to mainstream commercial elements. a worthy trip to take, with cinematographer Madhie and K’s background score adding to a fine cinematic experience.