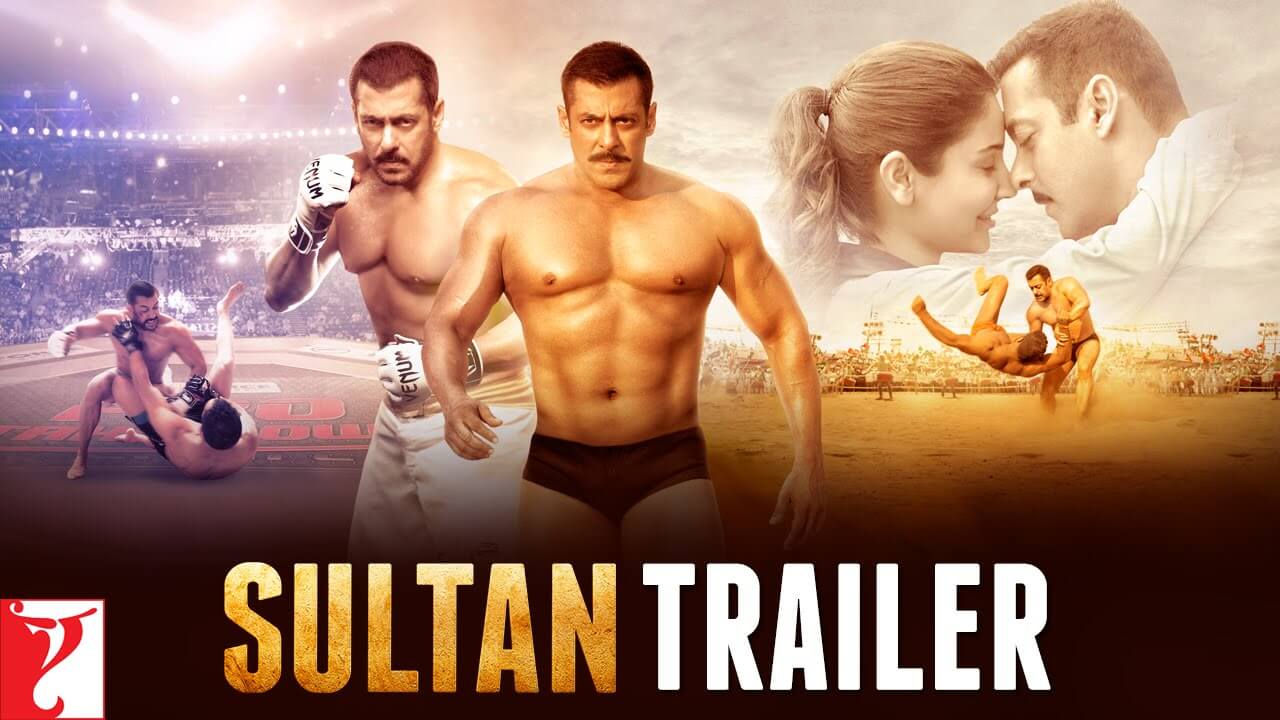 Last year, it was BJRANGI BHAIJAAN. This year, Eid is made special by SULTAN.

SULTAN is a fab entertainer and a very sensible film, with a very, very fine performance by the inimitable Salman Khan. SULTAN will strike a chord with the entire India, because it smells of the soil and has the capacity to tug at the hearts of the urban populace.

SULTAN is a complete entertainer, and the tale is made extra-gripping with a very controlled script and a very able captain in Ali Abbas Zafar at the helm. Ali Abbas Zafar, the writer and director of MERE BROTHER KI DULHAN (2011) and GUNDAY (2014), has arrived…..in a big way.

Anushka gives a very fine performance as Salman’s love interest and a female wrestler. In fact, the support cast of Anant Sharma as Salman’s friend and Amit Sadh as his promoter is very good. Haryana shown in the film is bright, lively and positive and lends an interesting backdrop. How well the Haryanvi dialect will be accepted in southern and a few other parts of the country remains the only question casting a doubt on the film’s country-wide reach. The music, after a long gap is of the tuneful, melodious and hummable type. Prima facie, there are no evident flaws in this commercial film.

The screenplay is very taut and dialogues are very poised. “HAMARE YAHAN DIVORCE NAHIN HOTA…….SIRF LADHAI JHAGDE HOTE HAIN” tells a seemingly naïve but very much in control Sultan in  reply to a question about his personal life to a reporter. His replies to probing press guys are so well-worded, dignified and humane that his character instantly finds love and sympathy of the listeners. What strikes most is Sultan’s humility after a brief period of success going to his head. The wrestling, as well as the mix martial art fights, are very well-executed and there is a distinctiveness to most of the bouts. Salman looks very much the person born to fight in both the rings and is most convincing as the fighter and the winner.

SULTAN will find mention as one of the better films in Salman’s filmography- both as a film and for Salman’s performance. There is little doubt, rather zero doubt that it is going to be a blockbuster. Sultan will make your eyes moist and your heart will be in exercising mode-now happy, now sad, but always involved. Here is a film for you and your family, No reason to miss it!!