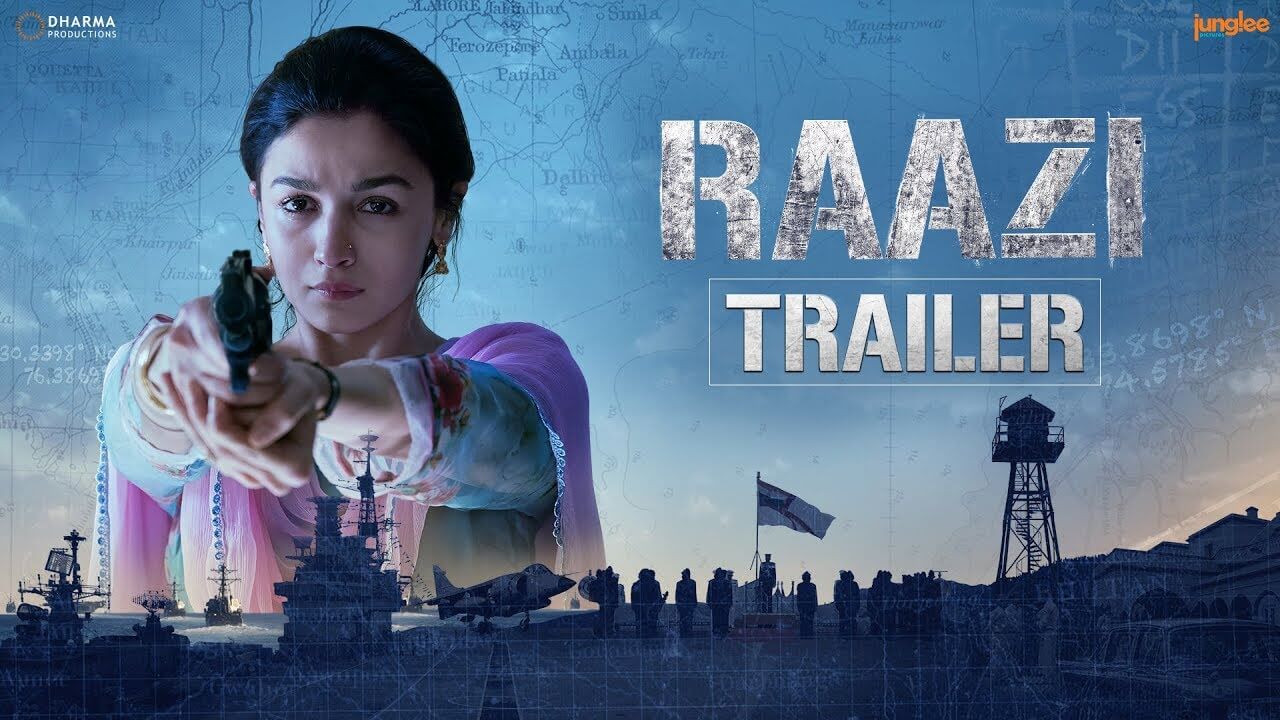 Raazi – Works Despite Hiccups in Tale

RAAZI directed by Meghna Gulzar is a well-made film. It is a simply narrated espionage drama, sometimes appearing over-simplified and many a times hinging on improbability.

Alia Bhatt is very good and in control, but it seems critics expect still more from her. Vicky Kaushal as Sehmat’s (Alia’s) Pakistani husband is poised in a role that is not too meaty, but still likeable. Jaideep Ahlawat as the RAW agent, Khalid Mir in a well- written role, commands respect and applause. Other cast members like Rajit Kapur (Alia’s Kashmiri father), Shishir Sharma (Pakistani Brigadier Syed), Amruta Khanvikar (as daughter-in-law,Munira) and Soni Razdan (Alia’s mom) are all good. But compare this with the myriad true to life characters created in Meghna Gulzar’s previous film,TALVAR and you realize the difference between superb and good.
Though the film is based on the novel CALLING SEHMAT by Harinder Sikka (inspired by true incidents), the basic hitch in the tale is that a family of Pakistani officers never ever suspect their Indian daughter-in-law and the latter gets a free hand in doing all her espionage activities quite easily. This takes away the element of “believable” from the story. Other going-ons are interesting but nothing ever happens that would take you to the edge of the seat.
All said, RAAZI is a good film and enjoyable throughout, if you choose not to be over-critical. Desrrves a decent run at the box-office.

15
Raazi – Works Despite Hiccups in Tale