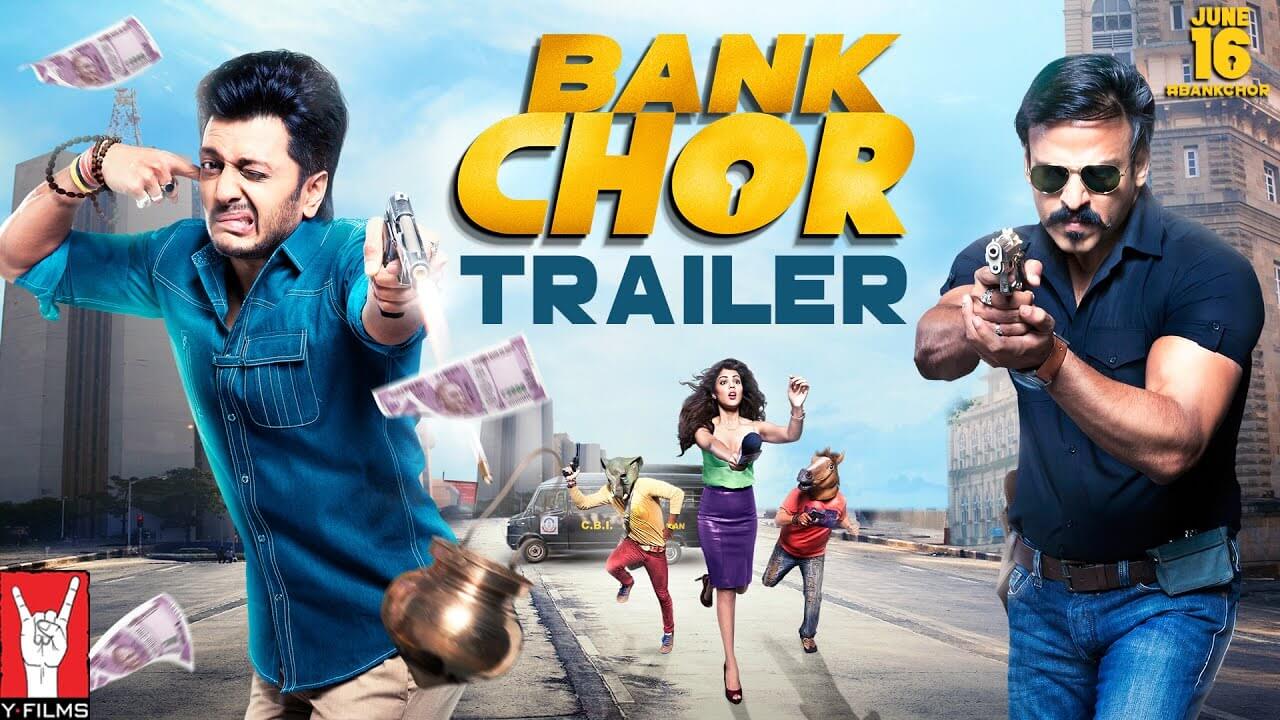 #BANKCHOR – might have stolen hearts, but takes too much for granted

BANK CHOR can be seen and might even be enjoyed by few, who don’t really care for plausibility and who don’t actually mind being taken for granted. Actually, with a little more care for details, possibilities and impossibilities, correctness of things, the product might have had a better appeal and look. But here, the insistence is that ‘we are making an intelligent heist film’, which probably it is not, and the forgotten aspect is, as the title suggests (with its similarity in sounding like a very popular swear word) that this was expected to be a funny film, which again it is not. So, BANK CHOR is partly bank-chori drama (with lots of minds working behind the robbery) and partly a fun film(?)

Riteish Deshmukh is fair to good in what is expected of him. But it is Vivek Oberoi , who will get noticed for his 75% return to form, as a stern CBI officer, reminding us of his very early films. Clearly shows, comedy was never his forte and he should get over his ‘masti’ hangover and concentrate on what he does better-playing intense roles. Rhea Chakraborty, with striking similarity to Genelia in many scenes, looks a pretty thing, as intelligence was not meant to be her character trait. Amongst support caste, Sahil Vaid makes an impression, and might have been hugely noticed, if his Jugnu was a little better written. Bhuvan Arora does a good job of his side-kick from NCR and Vikram Thapa too as the other side-kick is adequate.

All in all, the film is noticeably low on intellect and still tries too many things – Champak is no Frank Abagnale (whose story Spielberg told in Catch Me If You Can) and a film on a brainy criminal mind must be high on wit, savviness and tongue-in-cheek humour.

6
#BANKCHOR – might have stolen hearts, but takes too much for granted