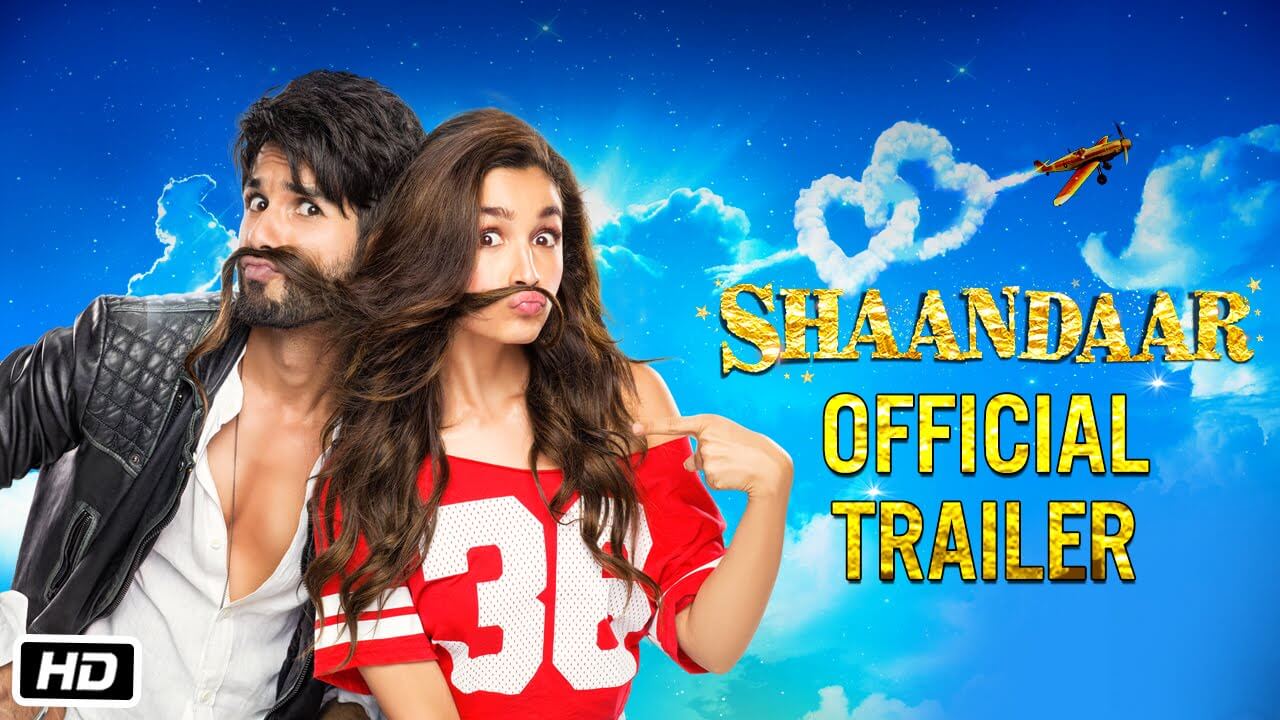 SHAANDAAR means ‘splendid’, and it is confusing whether to call it ‘shaandaar’ or not to call it so. The opinions will remain divided. SHAANDAAR is a rare film, where the conceiver/director lets his imagination loose, without any leash. In small parts, there is much to relish in the film, yet as a whole- it may not be a remarkable film. Vikas Bahl might have even worked harder on this one than on his debut QUEEN, but may not get a reaction akin to his famous first movie. There is creative and effective use of animation, beautiful locales, some well-conceived characters, some heart-warming and some hilarious situations, some fine chemistry between Shahid and Alia, some very imaginatively created scenes- yet, SHAANDAAR doesn’t hit the bull’s eye as a complete unit.

Shahid Kapur looks hot and handsome and acts his Jagjinder Joginder with conviction and aplomb. Alia is as sweet and spontaneous as can be and just flows like a river. Pankaj Kapur plays the all important character of Alia’s father with dignity and charm and has some fabulous scenes with Shahid as also with Alia. Sushma Seth, as Mummyji- the foul-mouthed authoritarian head of the Arora family is a scene stealer. Sanah Kapur (Shahid’s real life half sister) as the over-sized but intelligent Isha, impresses and makes a mark in a film where there are so many characters and so much happening. Karan Johar and his “Mehndi with Karan” item -scene is loveable. Sanjay Kapoor as the groom’s elder bro and Sindhi tycoon makes an impressive entry and doesn’t disappoint. A whole qawwali  hogged by Isha and her groom on stage , while the lead actors play sideys is interesting and also the turning point of the film.

All in all, the film may not work for many as it is too ‘out of the box’, yet might startle many amongst the audience, because it surely is differently thought and executed. We recommend this to all such people,who are experimental in choosing their films and open in accepting different ,though not perfect recipes.

Click to find show times for Shaandaar in your city