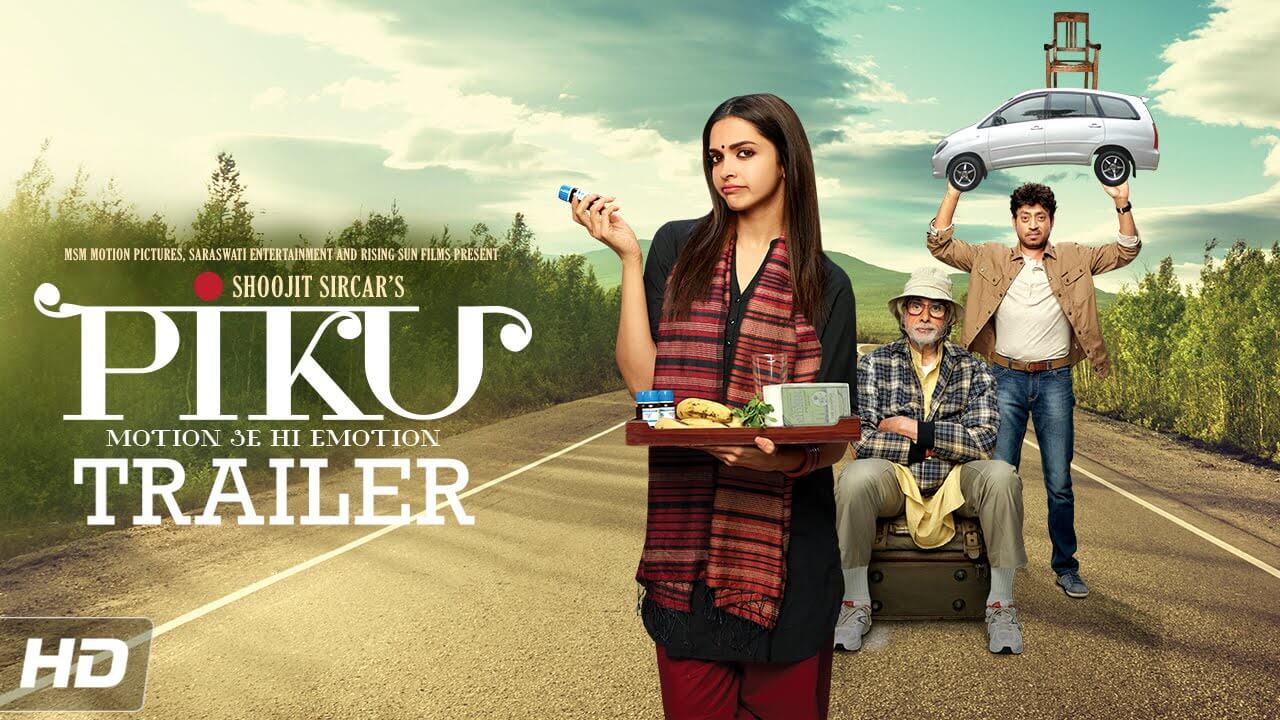 PIKU is a small giant-a tiny, two-line tale, which roars with large-hardheartedness and warmth. PIKU is about a woman who is stubborn yet caring, unorthodox yet conventional; and a father, who is irritating yet loveable, wise yet senile. PIKU is about laughing at stupidities and fixations, without letting go of intelligence. PIKU is about love of your culture and roots. Lastly, PIKU is mostly about constipation, yet it freely flows with emotions and bittersweet relationships; honest, extremely well-etched characters and beautiful, small happenings.

PIKU’s excellence stems from its effortlessness of story-telling; Amitabh Bachchan’s exceptionally brilliant performance; Deepika’s superlative, restrained, and nuanced rendition of Piku and director Shoojit Sircar’s total control over every frame and every emotion. Such is the tremendous impact of all the above factors, that Irrfan’s flawless performance has to wait in the wings for appreciation. Amitabh looks, feels, talks, emotes and smells Bhaskor Banerjee every single moment in the film. In his second innings, after BLACK and PAA , this one is another extra- special from him.

Shoojit Sircar, who started with the critically acclaimed “Yahan”, then handled a subject like “Vicky Donor” with exceptional wit and balance, and a sombre “Madras Café” with understated brilliance – needs to be applauded without reservation, for taking the Hrishida and Basu Chatterjee style of cinema to a new high. To make constipation the subject for a whole film, without evoking any feeling of disgust or discomfiture from the spectators, is a master’s work. Yes, “Piku” is a landmark film.

Whether it is Delhi’s Chittaranjan Park or the national highway or Benaras or Kolkatta, the subtle flavour and the uniqueness of the places is brought to life by the writer (Juhi Chaturvedi) and the director. The ensemble cast is very interesting, believable and each character adds to the overall impact of the film. Moushmi Chatterjee as Piku’s mausi is good; Jishu sengupta as Syed Afroze is full of poise; Raghuvir Yadav as Dr. Srivastava nicely complements the hypochondriac Bhaskor and the actor playing Piku’s “kaaki” is perfect. The music by Anupam Roy is good, very much in tune with the need and the texture of the film. The cinematography by Kamaljeet Negi is commendable. The editing is so crisp that 135 minutes just pass like seconds.

All in all- PIKU needs to be placed amongst Amitabh’s best performances; it should clear all doubts about who amongst the actresses is the best combination of acting skills and looks in Bollywood (yes-it is DeePIKU) . Also, if freshness of subjects and their ideal treatment was a subject of discussion, Yash Raj films, with Dum Laga ke Haisha, Detective Byomkesh Bakshy and Piku will walk away with top honours this year. PIKU deserves a good run at the box-office and most of the awards. This one is highly recommended.

Find show timings for Piku in your city.