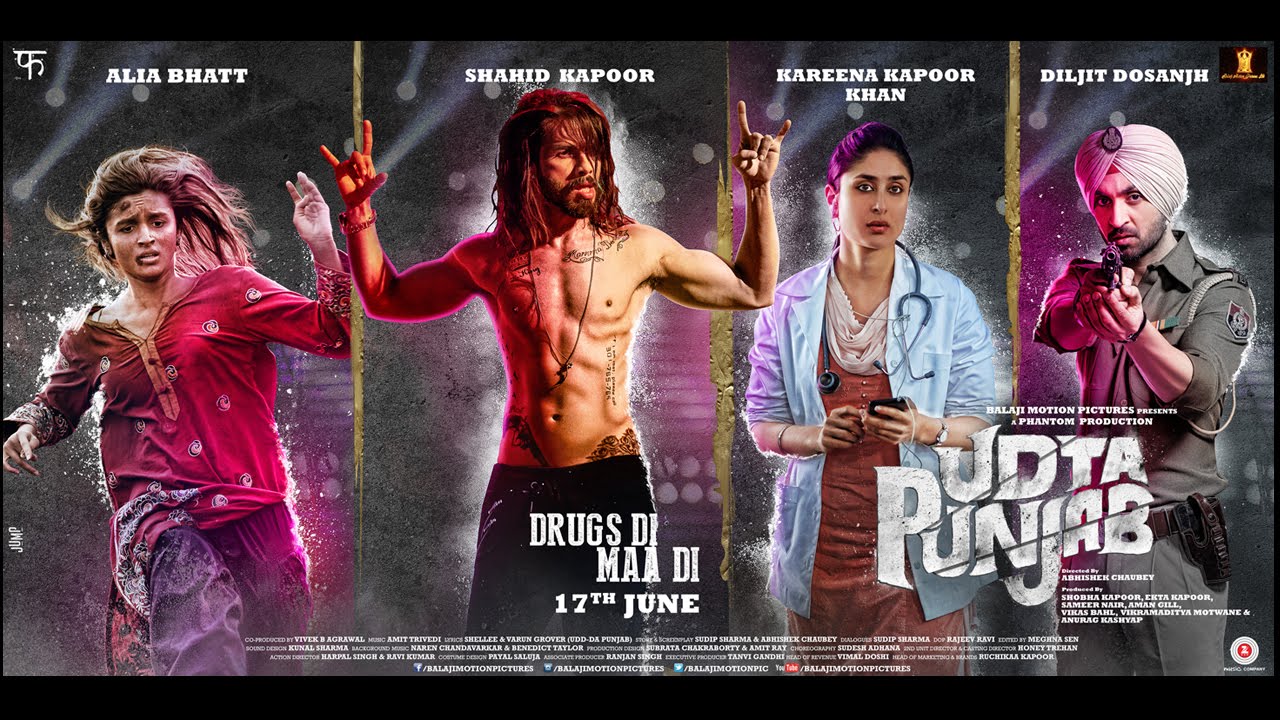 UDTA PUNJAB – Tosses you out of comfort zone

UDTA PUNJAB is a movie about drugs, about Punjab, about wretched politics and law enforcers, about everything a common man probably never imagined about Punjab. It is also a film filled to the brim with profanity, topped with numerous drug abuse scenes, suggestions of sexual exploitation and more than enough bloody killings. If a movie needed to be banned on these grounds, it is a high contender. Again, in the context of the debatable role of censorship in arts, it is a film that must be watched. It is an eye-opener and stirs you up. It is unimaginably original and ground-breaking in parts, and staid and relentlessly documentary-like when sending across its message in other parts.

The prosperous state of Punjab and the general perception of good-hearted Punjabis both receive a jolt. No wonder- the censor board higher-ups had developed cold feet. But UDTA PUNJAB has its flaws and high points. Performances are high class. Shahid Khan gives a great performance as drug-adduct singer and youth icon-Tommy Singh and is fully drenched in the character. He makes a fool of himself, calls himself a FUDDU and does a lot of things that leading men won’t do. He lets Diljit Dosanjh romance Kareena Kapoor and shares not even a single scene with her. Pm one word, he is “Brilliant”! Alia Bhatt plays an unglamorous Biharan and must receive simply all the praise for experimenting such roles so early in her career. She is superb as the ‘bird-brain’. Kareena looks so apt to play her doctor, and is very restrained. Diljit Dosanjh gets an all-important role and plays it with reasonable sincerity and good results. Only the ‘let’s find the drug lords’ game played by Kareena-Diljit is a bit naive and their story is not the strong point of the screenplay. The ensemble cast is amazingly in sync with the demands of the characters.

Amit Trivedi’s music is excellent and the songs and sounds stand out. Abhishek Chaubey, in his third directorial film after ISHQIYA and DEDH ISHQIYA,soars in parts and creates some really different characters, as in his earlier films. Again, the title of the film is very  original, like his earlier two tiltles.

So, UDTA PUNJAB is not a family film, it is less of an entertainer and more of a gut-wrencher and is definitely a very brave film. Watch it mainly for its ‘bravery’ and new cinematic vocabulary and its fantastic star-cast.

0
UDTA PUNJAB – Tosses you out of comfort zone