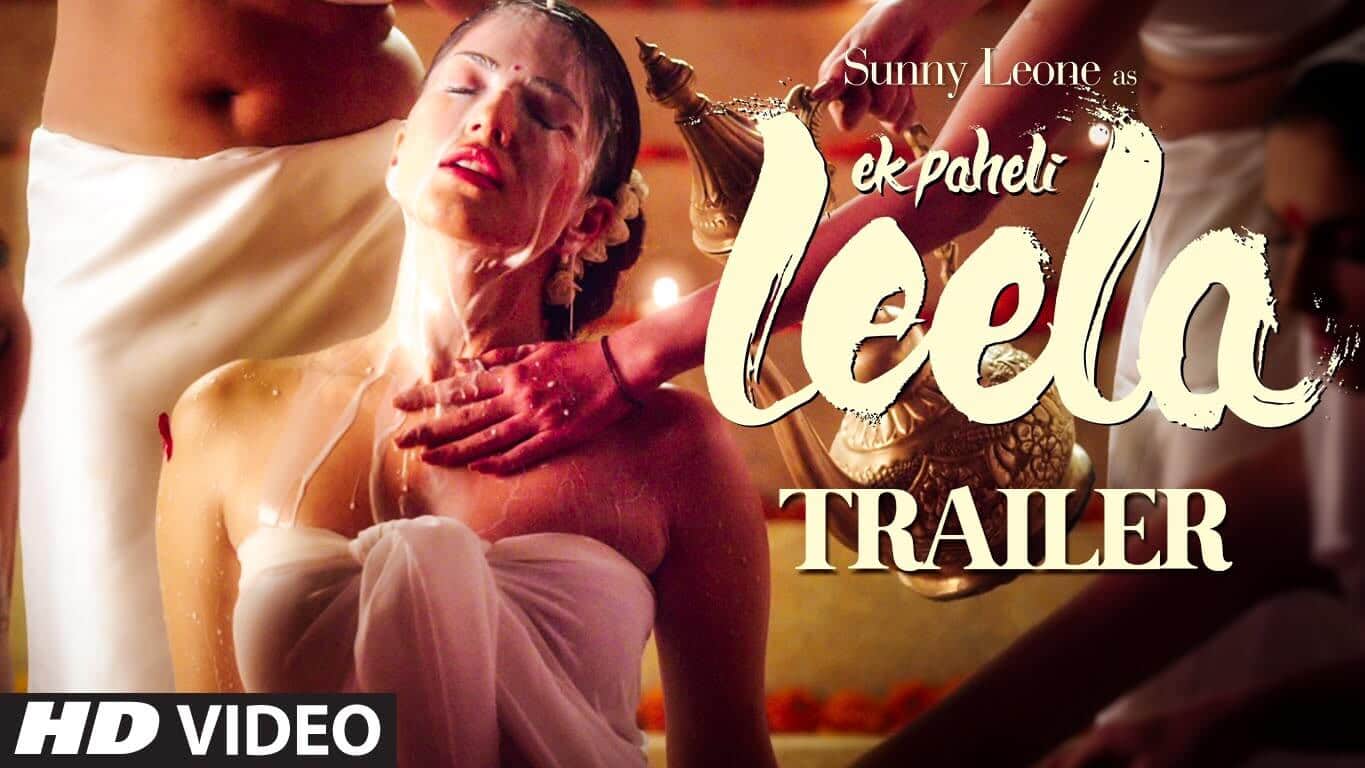 Mostly, movies appeal or appall as per your mindset and expectations. EK PAHELI LEELA intrigues and entertains if you are in a forgiving mood. The mindless ….LEELA is a colourful, somewhat gripping, erotic entertainer with mediocre production values. If you learn to ignore the glitches and try to look for entertainment, probably your disappointment will vanish. The London in the opening part of the film reveals actually how much to expect or rather not to expect from the debutant director, Bobby Khan. But as the film progresses and moves to Rajasthan, the colours begin to flow, though not most authentically. The story may not be great, but is still interesting and even takes a neat turn in the climax. With as any as five male co-stars romancing or desiring Sunny Leone in two avatars, the former porn-star gets enough opportunity to reveal, gyrate, expose, make sounds and go through motions which would have scandalized any other Bollywood actress. The director’s focus in this tale of re-incarnation is commendable in two regards-firstly, squeezing all out of Sunny and secondly, his romanticism of Rajasthan . One sequence of love-making in the desert between Rajneesh Duggal and dear Leone is high level soft-porn. Sunny Leone is not just overly sizzling hot, she is pretty and beautiful too- may be the very factors which will see her having a longish innings in Bollywood. Her acting prowess will have to be discounted each time, though. But off and on, she gives evidence which hints that she may actually be able to act, under a good captain. Amongst the hulks, Jay Bhanushali as Karan is the most unimpressive and Mohit Ahlawat as Ranveer Singh is the biggest surprise. The latter dares to portray his Rajput prince in a very original and believable way. Jas Arora, probably in his first negative role ever, does a very good Vikramjit Singh. That leaves Duggal, who is mediocre and Rahul Dev, who is intense and adequate. The support cast of Shivani Tanksale as Radhika and Andy as Andy is ordinary.

The music uses the beautiful, ageless Rajasthani folk music unapologetically. The film with 9 songs will pass as a musical. And musically speaking, all is well with the movie. Cinematography is pleasing. The Rajasthan locales and sets are interesting.

All in all- while we watched the movie with only 10 viewers for company in a theatre with occupancy of around 500, the movie has in it to sizzle quite a few with its erotica and some interesting elements, though not with its classiness. Anyone who says it’s not worth watching is a “hypocrite”. So take a chance and watch it. Remember – No Expectations !