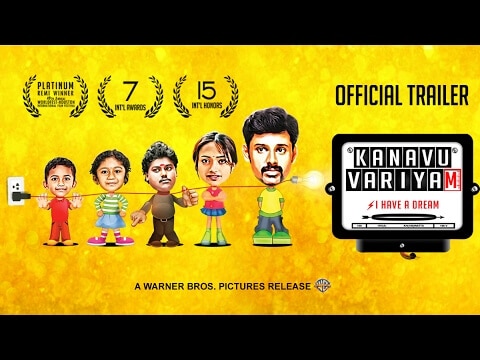 Kanavu Variyam movie round-up : A experiment to solve on power cuts in villages from decades.

Kanavu Variyam is directed by Arun Chidambaram, story is about to Power cuts in villages and try’s to solve the problem with new research and experiments.

A mixed response from audience. Here’s what critics have to say about Kanavu Variyam.

Kanavu Vaariyam’ has a few likeable scenes and a lot of lectures. More focus on the structuring of the script and better performance from the lead actor would have created a much better impact.

As a director, though his plot and intention is commendable, amateurish execution and slow screenplay spoil the flow of the narration. Gnanasambandam and Ilavarasu play their part effortlessly and Yog Japee does his part convincingly.

Kanavu Variyam, the dream film of Arun Chidambaram impresses the audiences. This film, which is set in the rural milieu brings some messages to the society and also entertains the viewers. Kanavu Variyam… A good effort!

0
Kanavu Variyam movie round-up : A experiment to solve on power cuts in villages from decades.