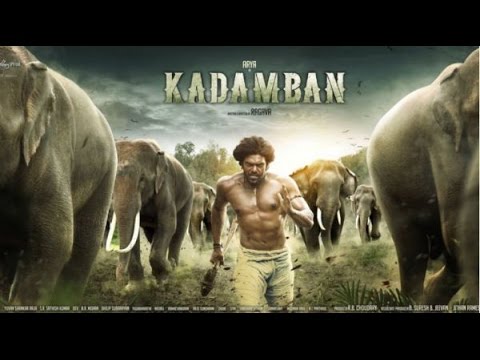 Kadamban movie round-up : Arya is back with his muscular body and as a tribal guy in the film

Arya with his new character in Kadamban as a tribal leader with a new look and muscular body.The Film is directed by Ragava and Arya, Catherine Tresa, Aadukalam Murugadoss are in lead role. The major thing is Arya’s best acting performance in the film.

The film is well received by critics all over. Here’s what critics have to say about Kadamban.

Arya, with his chiselled-body, has given his best for the film, though his characterisation should have been more interesting. The absence of a challenging baddie and strong supporting characters, too, mars the flow overall.

Clearly, great amounts of work have been put into this film and it shows in Arya’s efforts. Don’t let the shortcomings discourage you – Kadamban is definitely worth the watch.

Director Raghavan’s hardwork is evident in the frames as he has not chosen an easy subject that you get every Friday.Go for it to watch Arya’s one man show in some amazing action sequences set in deep forests.

0
Kadamban movie round-up : Arya is back with his muscular body and as a tribal guy in the film