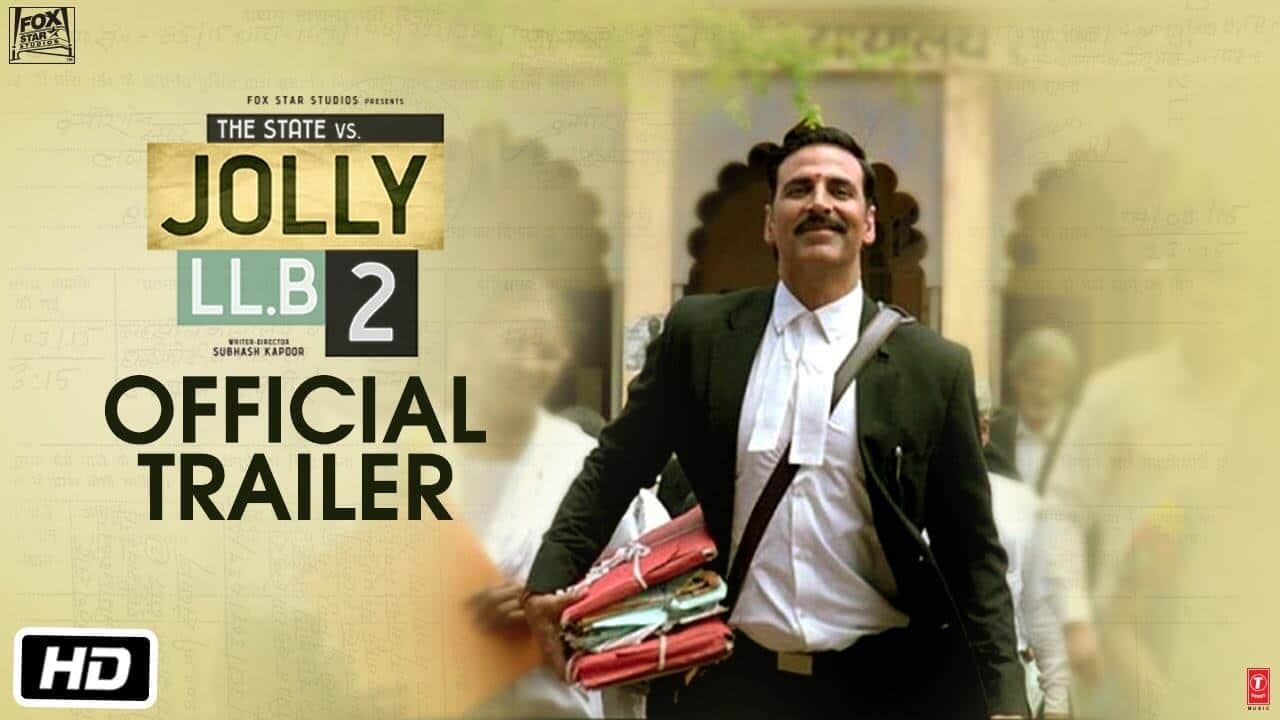 The trailer of Akshay Kumar and Huma Qureshi starrer is out. The film that marks a less serious lawyer trying to make his mark.

Akshay Kumar’s comic timing makes it promising. Akshay is playing the role of Jagdishwer Sharma, BA LLB, and a lawyer from Lucknow who has the solutions to all the problems. The trailer starts with comic drama and ends with the serious undertone.

This film is a sequel of 2013 courtroom drama Jolly LLB in which Arshad Warsi played the character of the lawyer.