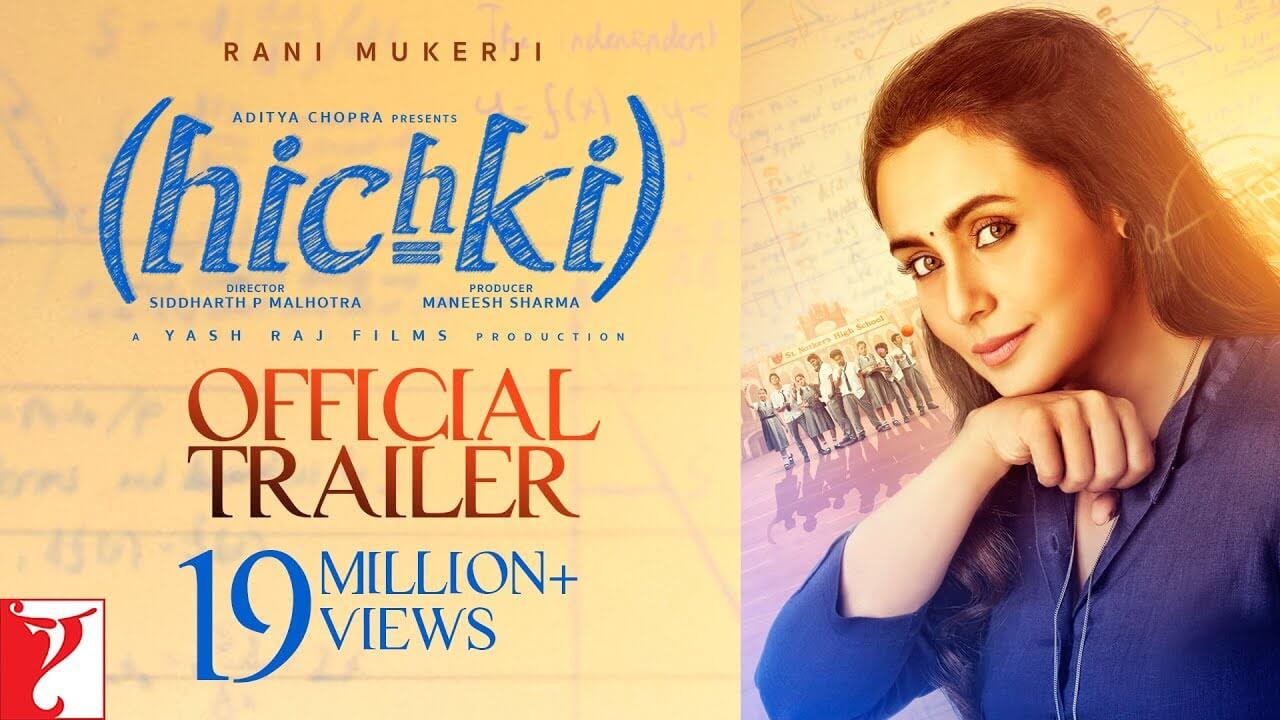 HICHKI, produced by Maneesh Sharma, under the banner of Yash Raj Films, may not touch the standards set by TAARE ZAMEEN PAR(2007), but is much much brighter than a PAATHSHAALA(2010). It has its strengths and its moments, though it leaves much to be desired so as to have become a landmark film. The screenplay, for one, is not great and the treatment is just good. In more competent hands, it could truly have become unique and inspirational. But it is still undoubtedly recommended for family audience and those who wish to see neat themes in films.

Rani Mukherjee, as always is very good. The support cast playing the school children is just good, many of them are very good actors, limited by the characterization and the screenplay. Neeraj Kabi as the teacher who doubts Rani’s teaching style, comes out very strongly, though he portrays a character, who is unnecessarily shown having villanous instincts.
Hichki, which also touches Tourette Syndrome and father-daughter relationship, gets repetitive at many places, goes the documentary way at other places, yet finds the way to audience’s hearts at the end, in a semi- convincing way.
Director Siddharth P. Malhotra, who earlier directed “We Are Family” (2010) is fair to good at the helm, but never majorly compromises on intelligence and sensibilities.
Here’s wishing HICHKI a hiccup-free run at the box-office.