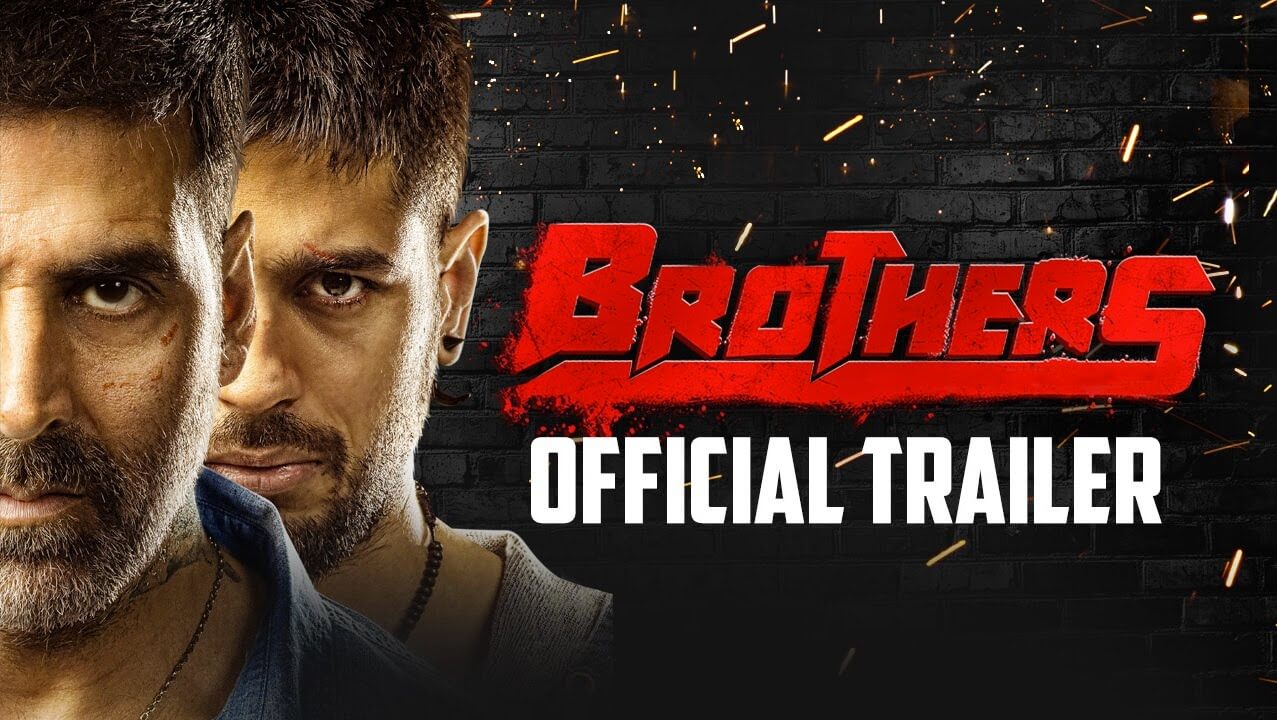 BROTHERS- is to street –fighting/mixed martial arts (MMF) fighting what the film franchise “ABCD” is to competitive dancing. It is the official remake of 2011 Hollywood movie-WARRIOR. On final analysis, here is finally a movie this summer that you can miss and not regret. BROTHERS is clinically divided into two halves by the Intermission. The first half tries inordinately to establish premises for drama, much of which is irrelevant to the story moving ahead and the second half is just about MMF and the R2F (Right To Fight) tourney consisting of fight after fight with WWE style wrestlers/fighters . The pace of the first half and the style of narration makes it long drawn and unnecessarily maudlin. The second half has some good fights in the ring, but only that. Karan Malhotra, who earlier directed the Hrithik Roshan version of AGNEEPATH has a gloomy style of story-telling and there is simply no respite in the entire movie in the form of light characters or lighter moments, except for an out of place, but still interesting Kareena Kapoor Khan item number. No one smiles. All faces are sullen mostly. Still, Akshay Kumar does a good job of his elder brother. He emotes well and fights well. In fact, the training portion in the film showing Akshay and Siddhartha Malhotra preparing for the R2F competition is the highlight and most intelligently and effectively put together. Siddhartha too shows a body fit for the role and plays the younger brother with limited emotions rather well. Jackie Shroff as the father does a neat job and his body language and baggy eyes make him look every inch the drunkard he is meant to be. Jacqueline Fernandes looks stunning sans make-up.  Shefali Chhaya is a fantastic actress and infuses diverse emotions in a small role very convincingly. The film has a very interesting support cast of some forgotten faces like Kiran Kumar (as the R2F organizer), Raj Zutshi (as the fight commentator) and Ashutosh Rana (as Akshay’s promoter). In fact, they all stand out.

All in all, in a season where BAHUBALI is followed by a BAJRANGI BHAIJAAN and a MASAAN and a DRISHYAM, the film in question falls short of expectations and is one of the few disappointments in an otherwise tremendous year of good films. But it might still have its takers, because the audience which loves fights –might actually be having lots of reasons to be entertained. Do watch it –if that happens to be your category.

Find show timings for BROTHERS in your city here