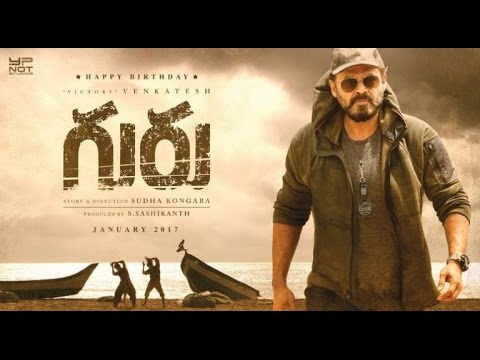 The film Guru will stay as best performance film in Venkatesh’s career. A Emotional and Balanced performance by Venkatesh. The film is directed by Sudha Kongara Prasad and Venkatesh, Ritika Singh are in lead role.

The film is well received by critics all over. Here’s what critics have to say about Guru.

Guru is definitely Venkatesh’s career best performance to date. The star hero leads by example and shows what kind of films an actor in his age should attempt. The intense drama, Ritika Singh’s performance, and racy boxing matches are huge assets.

Watch “Guru” for Venkatesh’s terrific performance and also for the newcomer Ritika. The movie is a good sports drama that we hardly get to see on Telugu screen. It may not go well with mass audiences but it may work for A Center audiences.

The movie is a must-watch this weekend for not just people who are fans of Venkatesh but also for the sports enthusiasts and movie buffs who appreciate good cinema.