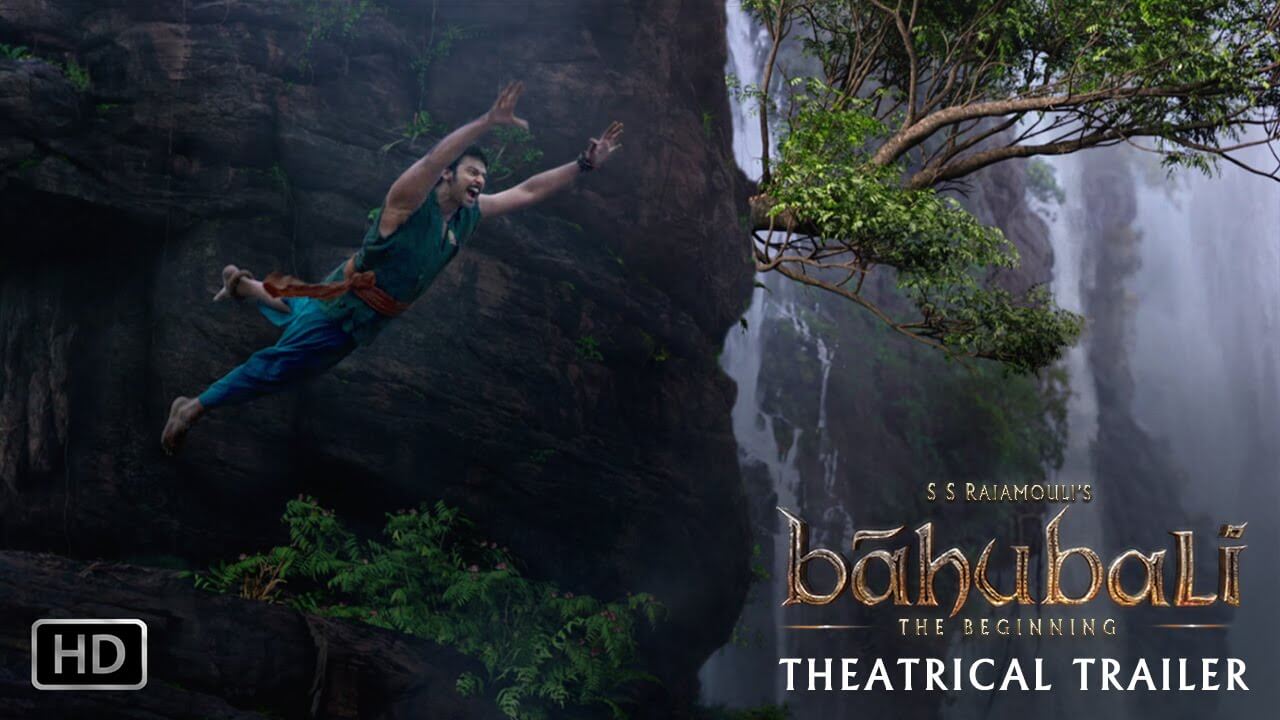 Critics wait and wait to give a 5 star rating to a film. But was there ever a perfect film on day 1? Rarely ever. Even a film like SHOLAY is not received too kindly initially by critics and audience, only to keep growing in stature till it is recognized as an ‘unparalleled classic’. But if a film is as lavish as ‘Baahubali’, as meticulously and splendidly conceived as ‘Baahubali’, as wonderfully executed as ‘Baahubali’, you feel that the time is ripe to crown it. You may find a flaw here and there, but who is promising anything perfect-it is just that the overall product is awesome and thoroughly enjoyable and visually it is one of the most imaginative films ever made in India. So, let’s welcome this 5 starrer, with love and adulation that is due to it. Here’s giant of a film with stunning special effects; enormously admirable larger than life characters; fine performances and most of all, visionary direction.

BAAHUBALI is a director’s film. The world below the unbelievable waterfall and the magnificent city above it, plus the dream-like climb of the protagonist from one world to the other is all so beautiful that many amongst us can’t stop gushing. Add to this, Prabhas , who looks and lives the dual roles of Shiva and Amarendra Baahubali like no one else was born to play them. Not to forget Rana Dugabati as Bhallal Deva and SathyaRaj as Kattapa who add utter dignity and intrigue to their characters. All the ladies- Tamannah Bhatia as Avantika , Anushka Shetty as Devasena and Ramya as Sivagami are very good in their performances. M. M. Keeravani provides soundtrack and background score, befitting the grand movie. Art direction by Sabu Cyril and special effects supervision by V. Srinivas Mohan are the definite highlights of this mega film. Another highlight is the final thread in the climax- you will be truly stunned.
S.S. Rajamouli, in the process of making the costliest Indian film ever, has spared no effort in creating a world which mixes the very Indian mythical flavour of Amar Chitra Kathas, on which many have grown up ;the epic outlandishness of ‘Avatar’; the lavish imagery of ‘The Lord Of The Rings’ films; the battle feel of ‘Troy’ and perhaps a dose of Amit Tripathi’s conceptualization of ancient, mythological cities and wars. For the past one year or so, I had this game playing in my mind – who would be the best person to be at helm if Amish Tripathi’s Shiva trilogy was to be filmed; who would play Shiva, how would the mythical cities appear; how would the war scenes look like. Here, S.S. Rajamouli seemingly provides most of the answers. In fact, he takes us very close to the world and characters and battles created by Amish, so much so that a knowledgeable fan of Amish can ask-Are actually parts of the film influenced by his three books?
All in all- rarely comes a film which is a true epic with grandeur writ allover over it and where the director’s eye for beauty, fine nuances in characters, and interest and adeptness in showing detailed battle strategies and happenings lucidly can only come for highest of praises. This one is a must must-see, notwithstanding that you will be watching a dubbed Telugu film. Watch it and you will be watching history in Indian cinema being written. Already, the day 1 collections have made it the highest grosser on opening day amongst all Indian films !!

Find show timings for Baahubali in your city here