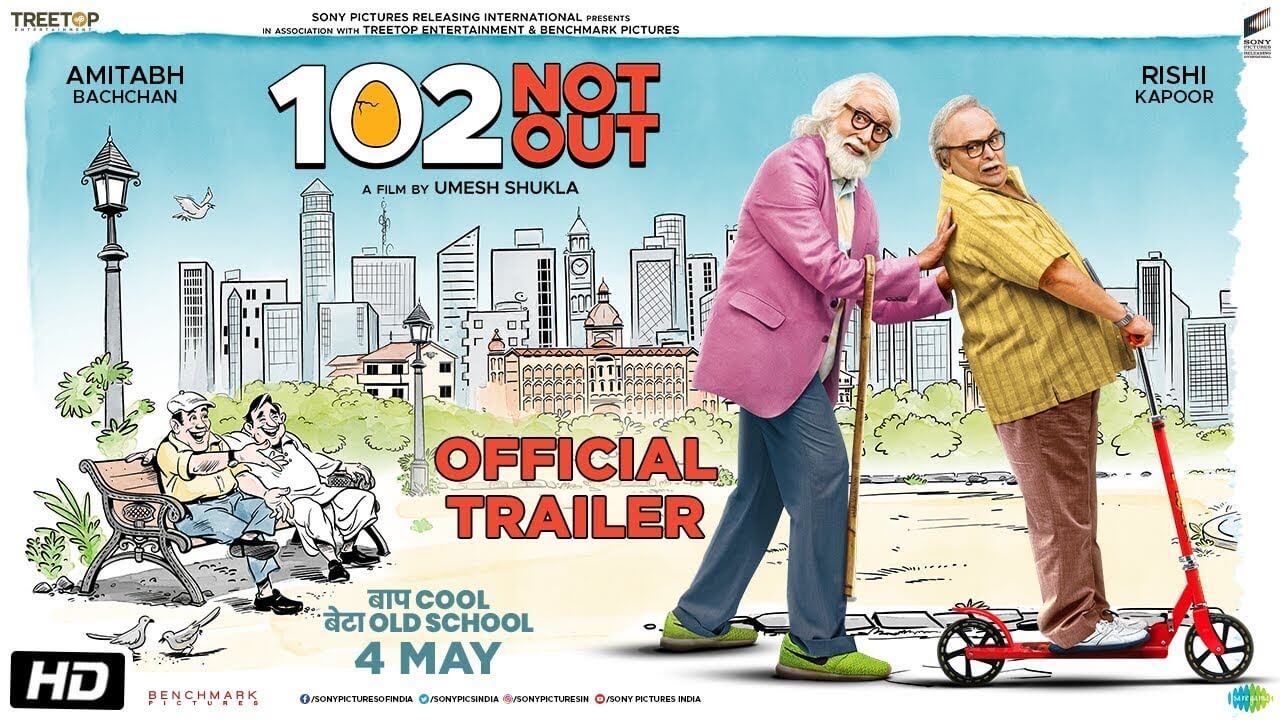 102 NOT OUT- An Engaging Entertaining and Intelligent Knock

Umesh Shukla, who wrote and directed of OMG-Oh My God, makes this film version of Gujarati play of the same name, written by Soumya Joshi, brother of Abhijat (Lage Raho Munnabhai, 3 Idiots) Joshi. The film is refreshing, humorous, lovable and entertaining. And Amitabh Bachchan, the Don Bradman of Indian cinema, scores another century. Rishi Kapoor, playing Babu, the 75 year old son of the 102 year old Dattatraya (Amitabh), plays another formidable and restrained knock, that makes him one of the most consistent and outstanding performers of Indian cinema.

102 Not Out is a different film, a light-hearted drama on oldies, well-written,well-enacted and well-executed. Amitabh, in his second innings, (the first innings being his romantic and angry young man roles) creates another memorable character, in line with his performances in Black, Paa, Piku and Pink. The character lives true to the phrase ‘Well-played” and proudly points out that “…main aaj tak kabhi nahi mara…”. The Big B’s spirited Gujarati character has any number of emotions to exhibit and any number of surprises to offer , by way of his complete hold over the character.
The film’s third character, Dhiru, played by Jimit Trivedi is full of balance and poise and is very well-played.
This film qualifies as the lighter version of Ravi Chopra’s celebrated “Baghban” in impact. The film should be a must-see for family audience and especially the elders, who have resorted to watching movies once in a blue moon. It is a good family entertainer and positive, well-meaning for the seniors plus a harsh comment on large scale settling of somewhat uncaring selfish children away from old parents.

0
102 NOT OUT- An Engaging Entertaining and Intelligent Knock