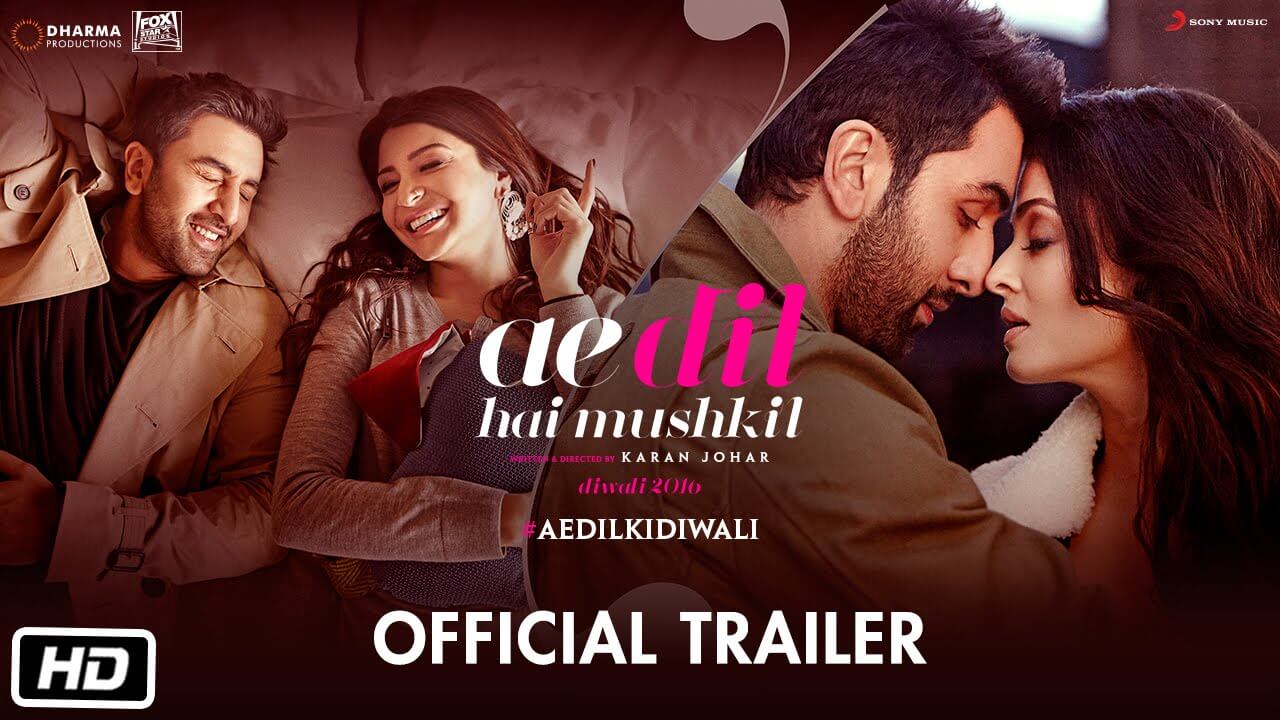 AE DIL HAI MUSHKIL will have its share of detractors and a few will patiently see its positive side and declare it watchable. To me, with this film, Karan Johar has matured and has presented the thin demarcation between love and friendship, with all its nuances, in a commendable way. The one thing that definitely goes against it is that the protagonist’s ordeal seems unending and somewhat burdensome towards the end. But with one of India’s finest young actor, Ranbir Kapoor, the finer and subtle things come to the fore oh! so convincingly. Any other actor would have drowned the character somewhere in the middle of the sea of confusions of the heart. Anushka Sharma is good, though a Deepika Padukone could still have been a better choice ,but this would have been at the risk of the film looking like TAMASHA ,and mind it, it already feels like ROCKSTAR and smells like KAL HO NA HO and talks like LOVE AAJ KAL.

On the positive side, the film is lavishly mounted and has fine characterization and wonderful performances. Aishwarya Rai is a total surprise. She looks more convincing than she has ever looked in the recent past, in a role which is a far departure from her image. Fawad Khan, who was on the verge of becoming ‘Fasaad (ki jad) Khan, simply looks good and does nothing else. In fact, he is just ‘A’, who is loved madly by ‘B’ , who is loved by ’C’, who is loved by ‘D’, who is loved by ‘E’ and all loves here are one-sided. What also makes the film very watchable is the intelligent conversations of the characters that takes the film into Yash Chopra-ish territory, where characters don’t mind talking their hearts out and beautiful words, gestures and philosophies are used to make those situations truly deep, poetic and delectable.
That Karan Johar has mixed and rehashed a few tales, as mentioned above, is a definite truth but the able hands and the mature mind which he has used in the process and the fine performances he has extracted should redeem him. How the rich feel about friendship and love and relationships, how they rationalize and convince themselves and each other is all there , though the totally uninitiated to this ‘classy’ world -may feel a sort of disconnect.
Pritam has provided an all hit score and after a long time, one hears some songs with good lyrics and conventional appeal, and immediate likeability.
All in all, AE DIL HAI MUSHKIL is a good film with mature handling and reminds us of Yash uncle and probably what he would have done had he been alive and grown still younger at heart. We wish the film a decent run at the box-office for the sake of Ranbir Kapoor, who has not had a hit in a long time.