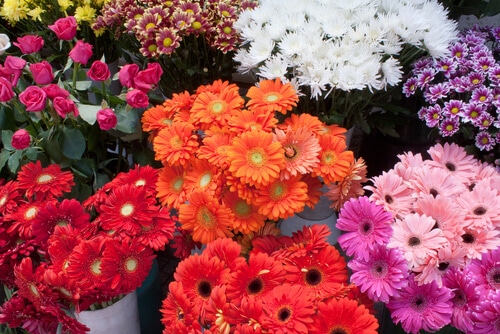 Are your running shoes are feeling lonely? Have the gym weights have given up on you? Has your New Year resolve held up until now? Would you rather not answer any of these questions? Very well.

We make an attempt to guess what your New Year resolutions might have been and help you get back on track with making sure you stick to them. Yes, the New Year is long gone, but how have your resolutions fared? Has the iron will of the first week of January endured the passage of time? Are you still willing to give it a fighting shot, or have you given up on them and moved on in life?! Either way, allow us to present to you a few options that can make your life fun and fulfilling. (No, we don’t mean KFC)

Here’s another chance at redemption – renew your resolve, and go after them once again. It’s New Year again. We’re celebrating Ugadi! Health & Fitness -The #1 on all resolution lists globally (no surprises here), this is one promise many of us tend to make to ourselves year after year. This also qualifies as one of the most difficult resolutions to stick to. There is a reason why health clubs and gyms make most of their money during the New Year season – this is one resolution that we won’t tire of. So fish out those gym-shorts and get back into those shoes. If you already have a gym membership that’s lying around unused, pick up where you dropped off. If not, this is where you can find places to pump some iron. Prefer dancing instead? Yoga, Zumba, Kick-boxing or Pilates? Name your choice and laila will help you figure out where to go. Healthy eating is another choice many of us would like to stick to. Very often, it is not because of a lack of will – but due to a lack of options that we’re unable to stick to this one. Get your pick of organic food, healthy juices, organic supermarkets and restaurants. Don’t let yourself be bound by a lack of choices anymore!

Taking time off to travel, picking up a new skill and pursuing that dormant interest in music, reading or writing are some other common resolutions that tend to fall apart as the pressure begins to build. Don’t let the story repeat itself this year. Call a travel agent, pick up a guitar, or find a stage to croon from. This year, you are not going to let yourself down. Before we wind up this list, there’s one very commonplace resolution that needs highlighting – one that is key to most other resolutions that we make. Getting up early in the morning! This is one battle that you’ll have to win, if you are to even think about getting ahead. Different things work for different people – peppy music set as alarms on mobile phones, good loud old fashioned alarm clocks, or in extreme situations – even having an angry spouse/ mom douse you with abuses /cold water.

So figure out what works for you, and make sure it does its trick every morning. We can’t guarantee ‘healthy, wealthy and wise’ – but getting up early will certainly help you get more out of your day! Have any more resolutions that are giving you trouble? Tell us!