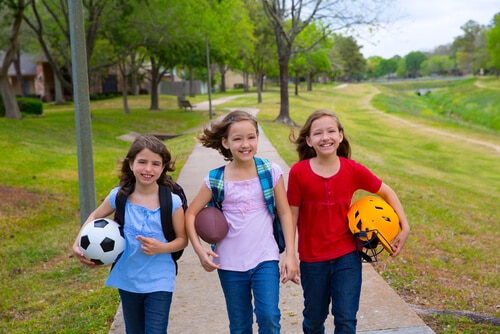 For parents in Kolkata, who would want their daughters to study in the company of girls only, there are options galore. La Martiniere for Girls, Loreto House, Calcutta Girls High School, Modern High School and JD Birla Centre for Education are some of the well-known girls’ schools in Kolkata, providing quality education and molding young minds.

La Martiniere for Girls, in Rawdon Street, offers ICSE and ISC education from kindergarten upto Class 12. In 2007, it was voted tenth on the list of top ten girls’ schools in India.

Described by the author William Dalrymple as the Eton of the East, the school emphasizes on the overall development of students. Hence, parallel to its curricular activities, the school also runs a number of clubs that are managed by the students themselves. La Martiniere’s alumni include the swimming champ-turned-model-turned-social activist Nafisa Ali and the actress Merlene Oberon. The missionary Loreto Sisters set up their first all-girls’ school in Kolkata in 1842. Loreto House at Middleton Row holds classes from kindergarten to Class 12. The Loreto Educational Society, which runs this ICSE school, works closely with Mother Teresa’s Missionaries of Charity. This means that the students are made to take interest in social-welfare programmes along with concentrating in studies.

Calcutta Girls High School at Princep Street is arguably one of the best girls’ schools in the northern part of the city. Started by the then Governor General of India Lord Canning, Calcutta Girls offers ICSE curriculum and has classes from kindergarten to Class 12. Modern High at Syed Amir Ali Avenue is affiliated to the West Bengal Board of Education and is, perhaps, the only school with its own planetarium. GD Birla located in extreme south of the city at NSC Bose Road is an ICSE/ISC school with separate campuses for juniors and seniors.