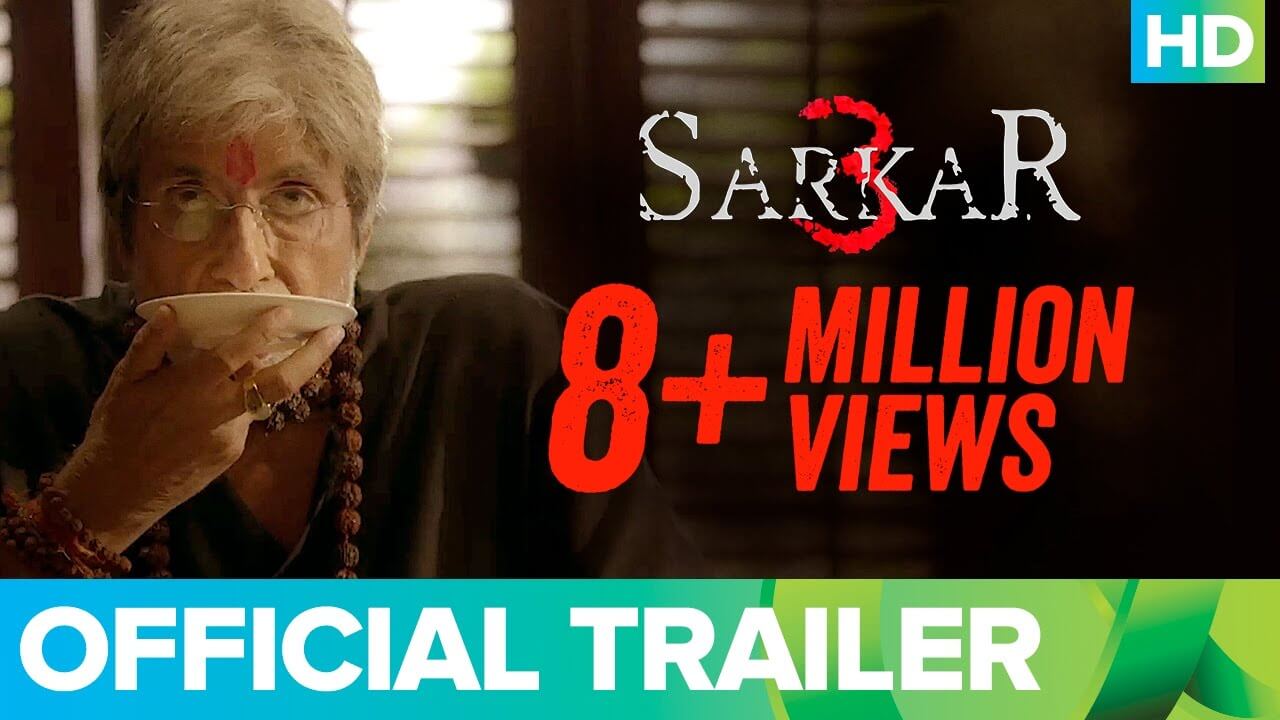 Amitabh Bacchan holds the gravity of this film which runs by him, characters looks quite dull. New story disappoints on many levels with poor connectivity. Amitabh Bachchan, Amit Sadh, Jackie Shroff, Ronit Roy, Yami Gautam are in the lead role.

The film has been rated as average by most critics. Here is what they are saying about this movie.

Sarkar 3 is a huge let down for someone who made Sarkar and if only RGV worked more on his script than his tweets, we all would have been happy.

Sarkar’s success relies on Amitabh Bachchan’s charisma, and he knows his character by heart. Despite over-chewed dialogues in the opening sequence, he holds our attention. The same can be said about Ronit Roy who sparkles in an emotional confrontation with Nagre.

You can see some flashes of the filmmaker’s intensity here. His Mahabharatha tale or palace politics as it is termed, plays out uninterruptedly. However there isn’t much intrigue because most of the twists are easy to guess. Some of the dialogue is pithy but then again, this accounts for little.