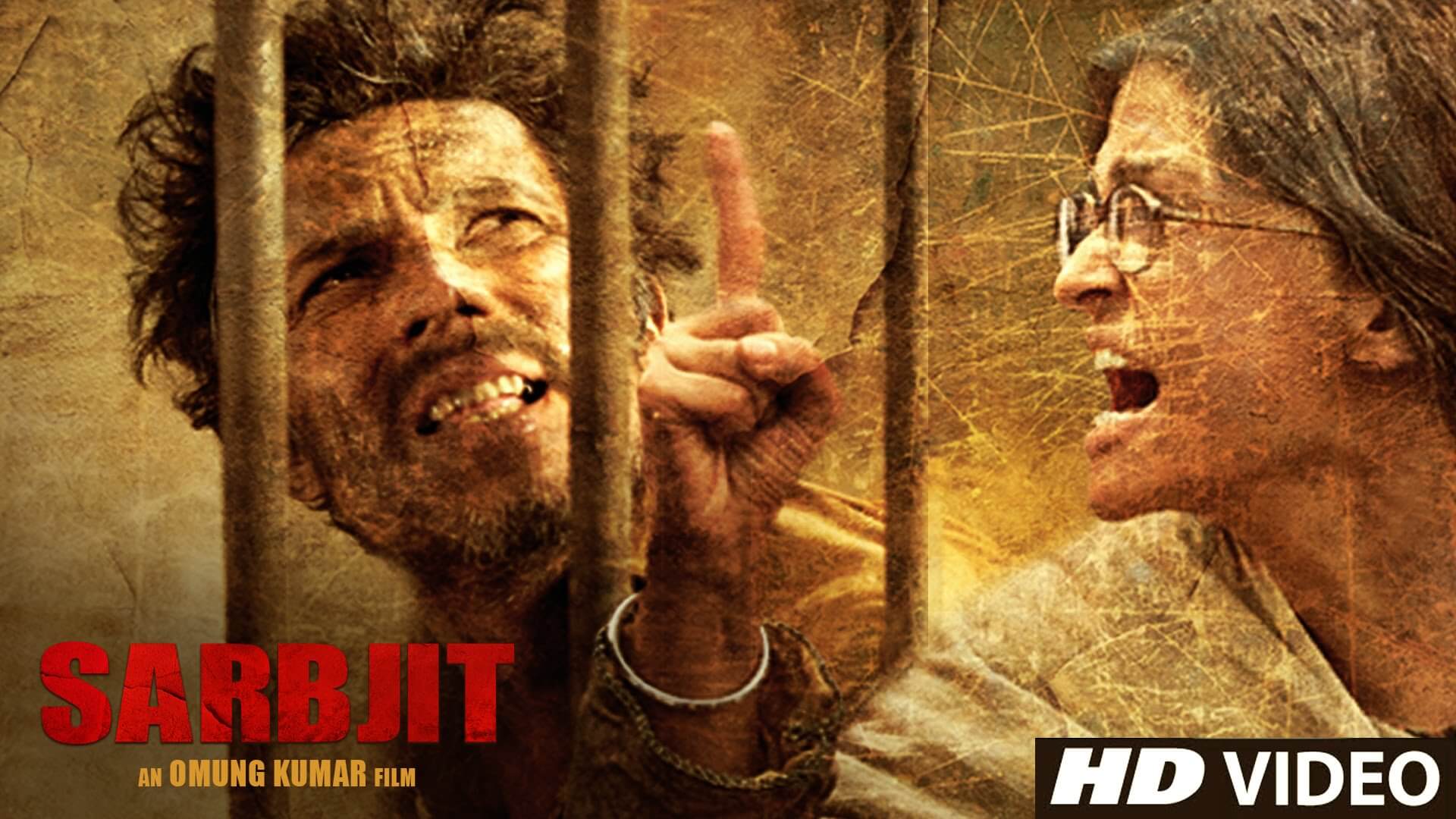 SARBJIT tells the dark and true tale of a hopeless Indian prisoner in Pakistani jail for 23 years and the fight by his family, mainly his sister to bring him home. Omung Kumar, in his second directorial venture, after MARY KOM, does reasonably well, but doesn’t hit the bulls-eye, like he did in his debut movie. Randeep Hooda, as Sarbjit, gets most things right this time, but though he plays the title role, he is still a supporting actor in the film. The film is about Aishwarya Rai, playing his sister Dalbir, and there lies the biggest weakness in the film. Aishwarya, probably fails to get into the skin of the character and only performs, while she should have been living the role. By all means, she is okay, not bad…..but clearly that is not how it should have been. Richa Chaddha, once again, is a delight, but she is a side-dish. She sparkles wherever allowed to. Randeep, extremely lucky to be getting his third lead role in biographicals, (after playing Sobhraj in MAIN AUR CHARLES and Raja Ravi Verma in RANG RASIYA) , is totally believable, pitiable and adorable and gives a performance worth applauding. Darshan Kumar as Sarbjit’s later Pakistani advocate is adequate in a role, which is the most positive Pakistani character in the film.

A story which has been on front pages of newspapers till 2013 and which has tragedy written all over it- is not easy to dramatize. There alone lies the need to commend the director, for he never loses track and keeps the harsh tale moving smoothly. The influence of political and terrorist events in the two countries, how governments and politicians react and counter-react, affecting the story of this jailed farmer, form the other track in the film, besides the family’s struggle.

Most songs, in sync with the mood and demand of the film, seem good.

There are no major flaws, as also there are no major outstanding factors. So, a good biographical tale, well-handled, with right amount of sentiments and good performances is here for takes. So, it is definitely recommended for lovers of cinema, with one condition that one has the capacity to bear visuals of torture and extremely hopeless situations.