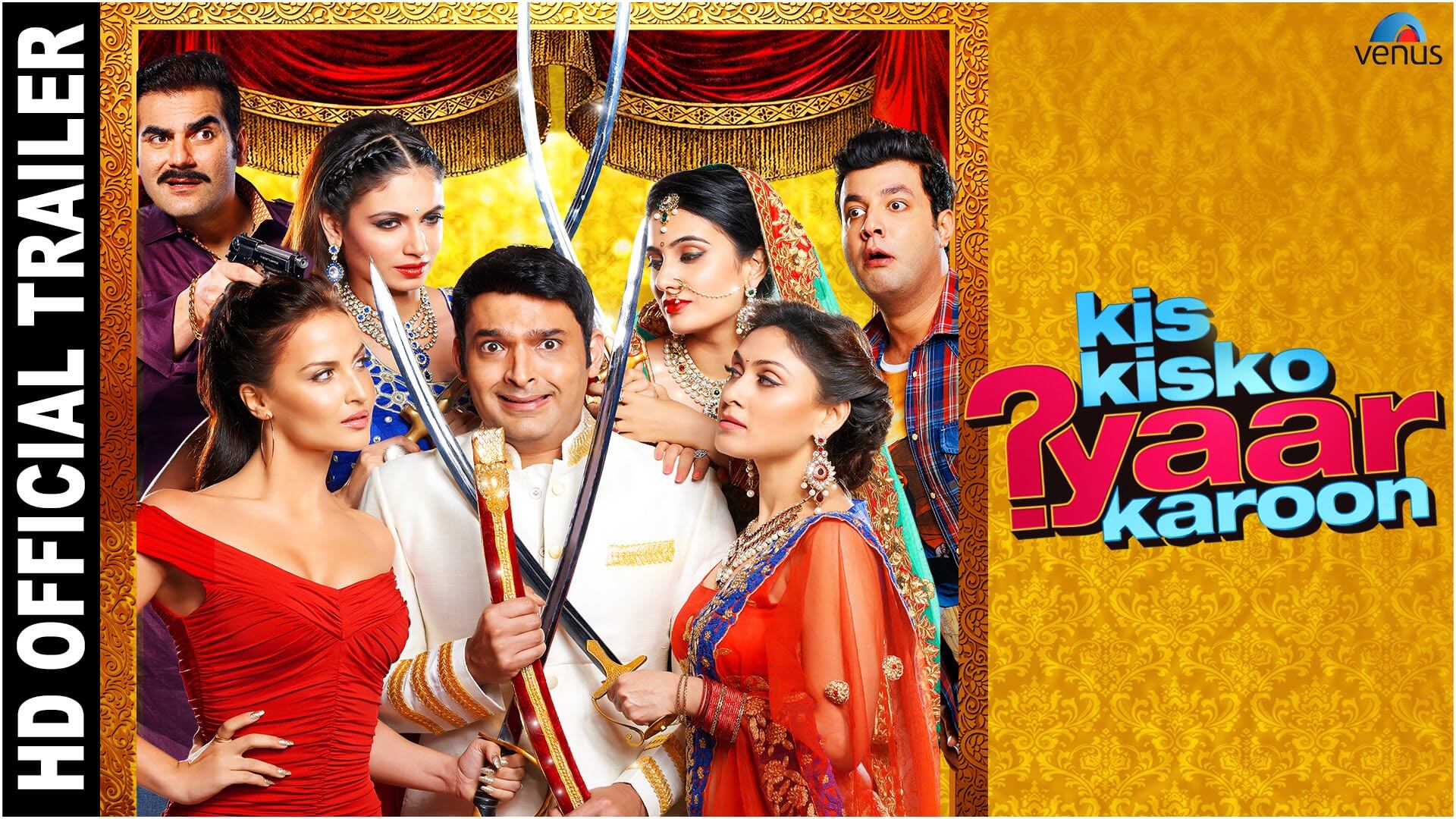 That Kis Kis Ko Pyar Karoon (KKKPK) was going to be Kapil Sharma’s debut vehicle, rather than Yashraj film’s BANK CHOR, about which Kapil had been cleverly bragging on his show, since last year, was a dampener for me. But KKKPK is a workable film and most importantly, a sure shot hit. The movie, if pardoned for its illogical premises, is a smooth entertainer. It is deliberately unintelligent, but not a dud and can be easily enjoyed. Such movies, actually, can become really big, as more and more people get on to the bandwagon and start showering their love. And Kapil Sharma does have a very sizeable fan following. The movie may not be as funny as Kapil’s shows, but all credit should be given to Abbas Mustan for changing tracks from racy thrillers to an all-out comedy. The director duo, surprisingly have given a taut product. Situations could have been funnier and jokes and one-liners could have been a few notches higher. Yet, mostly people will leave the theatres happy. Kapil, trying to establish himself not just as a comedian, but as a total actor, was actually unnecessary in his first film. He could have let the proceedings be more rollicking, rather than resorting to rationalizing his three wives and a girl-friend, towards the end, with emotional reasons. Manjari Phadnis, Simran Kaur Mundi and Sai Lokur as the three wives are adequate, with Simran standing out because of her ‘sizzle factor’. Jamie Lever does the maid’s part with conviction. It is Elli Avram, as the girl-friend Deepika, who is the most disappointing. She looks like a poor version of Zarine Khan, who, for the uninitiated, was, for a very short while, the poor man’s Katrina Kaif. Varun Sharma as Karan is fair to good, as Kapil’s friend.

All in all, a big word of praise for the two directors is a must, as they start the story very interestingly and never let the movie sag at any point. Kapil, who has always unabashedly admitted his small town beginning and his big town dreams, may have lived a dream by playing the part of a good-looking, well dressed, dancing-singing hero, with a stunning car, stylish glares and four heroines. Yet, to carry a full film again and again, on his shoulders, might be somewhat tough. He should settle for good parallel roles with established leading actors and still steal the thunder with his comedy. It has been a long time since Hindi films had a substitute for Johny Walker or Mehmood . The film is a deserved hit and needs to be watched as a casual, non-judgemental, entertainment- seeking spectator. Congrats to Kapil Sharma, the man of the moment!