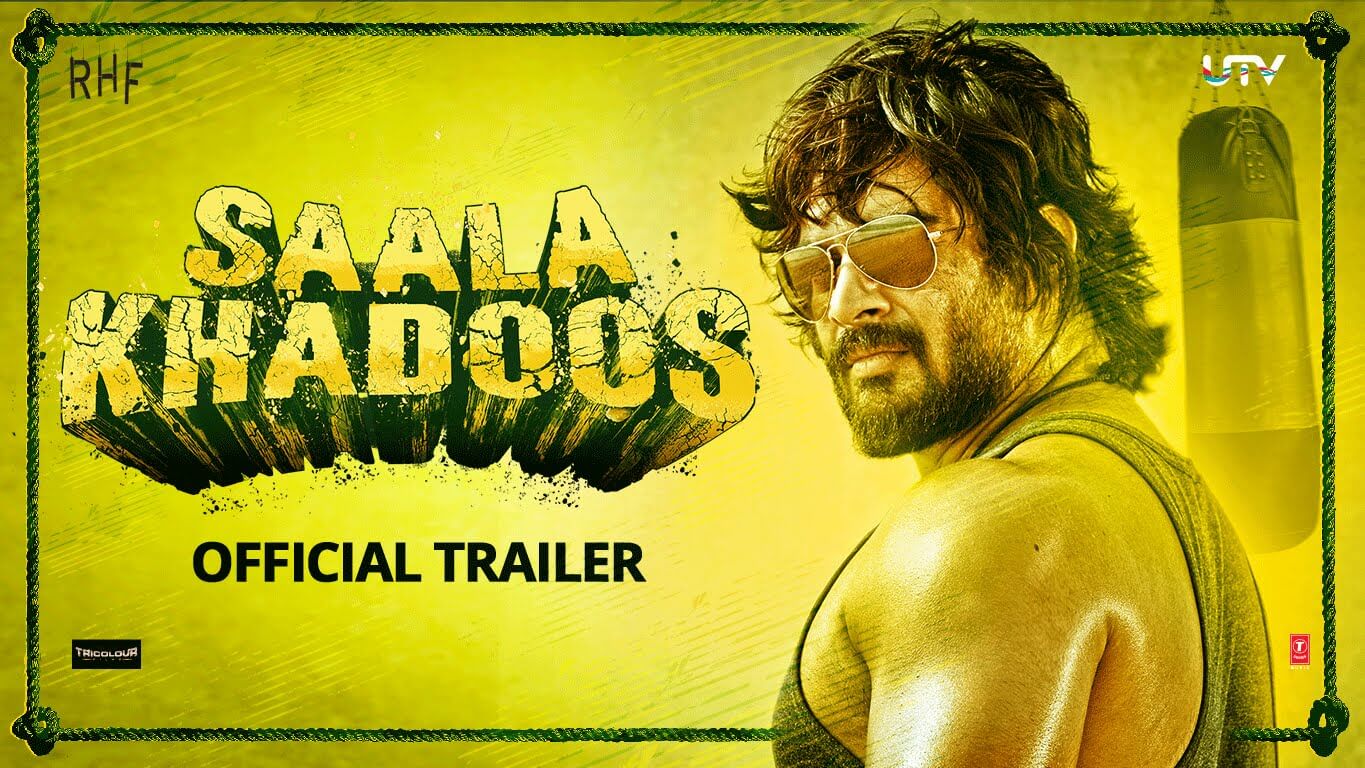 SAALA KHADOOS (loosely translated as The Snob) is a film on women’s boxing in India, made simultaneously in both Hindi and Tamil {Irudhi Suttru (Final Round) in Tamil}. The film directed by Sudha Kongara, who for seven years was associate director with Mani Rathnam, stars Madhavan and real-life boxer Ritika Singh. Sudha, who has done a good job with this film, was also the writer for the 2002 National Award winning English film, Mitr- My friend. In Saala Khadoos, Madhavan, as the boxing coach, has given a neat performance and has also worked hard on his physique and looks for the movie. Ritika is very good in parts, but overall just good. Her expressions of freedom go overboard at times and her body language and diction doesn’t always smell of a Chennai fish seller. Yet, coming from a real-life pugilist, the performance definitely needs more appreciation and it also is worth mentioning that she looks very much a cute girl. The Chennai sea-side is captured extremely well by Sivakumar Vijayan’s camera, and the setting of the movie in this ambience lends it a distinctive look and feel. While all these factors make it worth watching, there is no denying that the story is as predictable as can be and closely follows the formula.

Not many sports films come out of Bollywood, and though Chak De India, Mary Kom and Bhaag Milka stand out in this genre, a film like Saala Khadoos can easily find place on the second pedestal.
All in all, do watch it if you would like to see a differently treated film with a rare background of sea-side south India and of women’s boxing and also if you like the formulaic tales of the underdog, It will not disappoint at all. A good watch !!