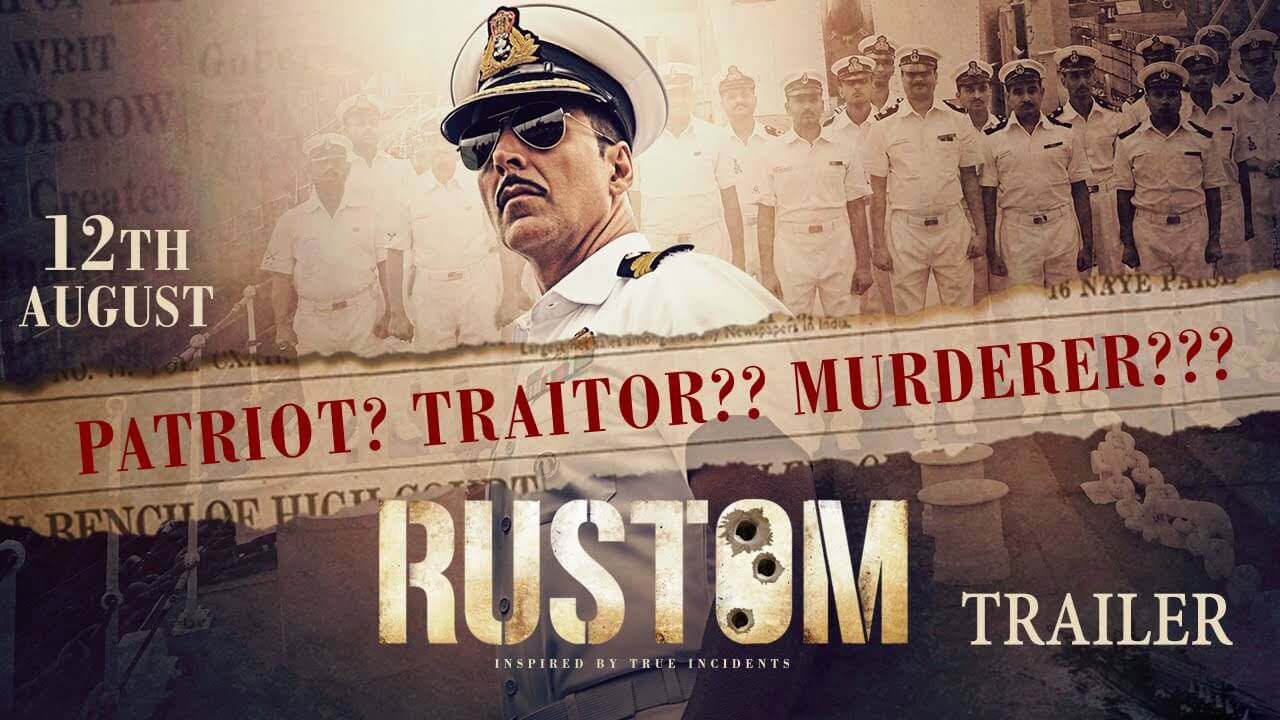 RUSTOM – Recreates the era, the intrigue and celebrates the patriot and the upright

In RUSTOM, the Bombay of 1959 is recreated nicely and the screenplay, music and direction help in making a simple story most intriguing. In short, it is a tale well- told and in style. The most impressive part is the character of Rustom Pavri, enacted superbly by Akshay Kumar, who makes the upright, self-believing, disciplined and patriotic murderer look every inch a hero. Ileana D’Cruz looks pretty and beautiful and attractive and alluring and ….Arjan Bajwa gets a plum role and does a convincing job looking good and rich and stylish and restrained. The courtroom scenes have less meat but Akshay’s poise and confidence makes them very watchable. There are a few twists, not many but that is how the film was intentioned.

The film is a dramatized and fictionalized take on K. M. Nanawati case. Neeraj Pandey, who recently announced a sequel to last year’s superb BABY with Akshay, is here as only the producer, but the strength of the character of the protagonist in this film too reminds one of all his three beauties (A Wednesday, Special 26 and Baby) as director. Tinu Suresh Desia, who directed 1920 London before this film, is impressive and in total control and provides the tale the right mood and intensity.
Esha Gupta as the rich, spoilt Preeti, fits the bill and looks appropriately cast. Kumud Misra as journalist Billimoria is adequate too. So is most of the support cast. Pavan Malhotra as Inspector Lobo does a neat job, but Sachin Khedekar as the public prosecutor seemed clawless.It is refreshing to see the still handsome Kanwaljeet in a small role.

All in all, RUSTOM is a film that should be seen, because it has most things right and is flawlessly executed tale. It is more a triumph of narrative style than substance. Kudos to Akshay for choosing a different subject each time and coming out with flying and pleasing colours. Jai Hind !

7.4k
RUSTOM – Recreates the era, the intrigue and celebrates the patriot and the upright