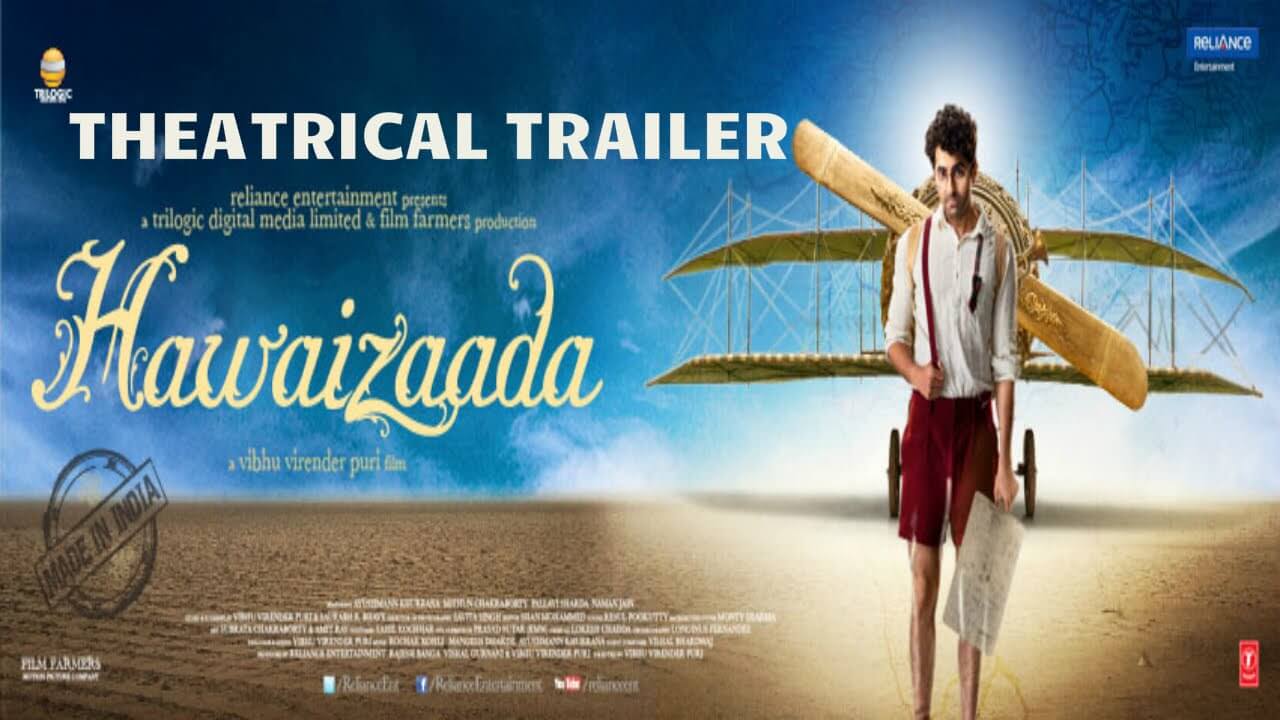 Hawaizaada is A hugely Brave Effort,but with shortcomings. For each person who loves Hawaizaada , there will be a few who might pan it.

Hawaizaada’s main strength is that it sets out to tell a story ,not many would venture to tell. Actually,it is the story of Shivkar Talpade, inventor of India’s first unmanned aircraft in 1895. To be truthful, It was always a difficult film to make. The director(Vibhu Virender Puri),the writers(Vibhu and Saurabh Bhave), the art directors( Subrata Chakraborty, Amit Ray) and cinematographer(Savita Singh) deserve a pat on back for such a brave effort; one can give them as much credit as possible. Yet, Hawaizaada is not everyone’s cinema.

The splendid camerawork and ambitiously imaginative sets almost take over the film, which makes it reminiscent of Sanjay Leela Bhansali’s misfired “Saanwariya”. To me, it almost also falls in the same trap of surface sheen and gloss getting prominence over the proceedings.The production design gives it a rich, fantasy look and Bombay of 1895 has been made to look very interesting, though far from real.

The story moves but not at a pace enough to hold viewers at their seat’s edge for more than two and a half hours. Ayushmann Khuranna works hard on his role and is very confident. Though reasonable appreciation is not out of place, it cannot be called a stand-out performance.As a biography,the movie fails to excite enough.Cinematically,compare it with Milkha Singhs or Mary Koms,and you will realize that there is simply not enough substance. Pallavi Sharda, after ‘Besharam”, where she was totally like a fish out of water,seems to be in familiar space. Not only does she look pretty and attractive,her performance is more than fair in a role which has some length but not enough meat. Mithun is fortunate to be getting such prominent roles like this one and does a neat job. The child artiste Naman Jain needs a special mention for a strong ,confident performance. Rest of the cast is good and appropriate.Couple of Ghalib’s ghazals , rendered by Ayushmann can be called interesting. The music score is different and may even grow on listeners.

All in all,while the regular Friday entertainment – seeking film-goer may find it hard to praise the movie, it is definitely recommended for people,who like their cinema different and not run-of-the-mill. They are bound to lap it with adulation!