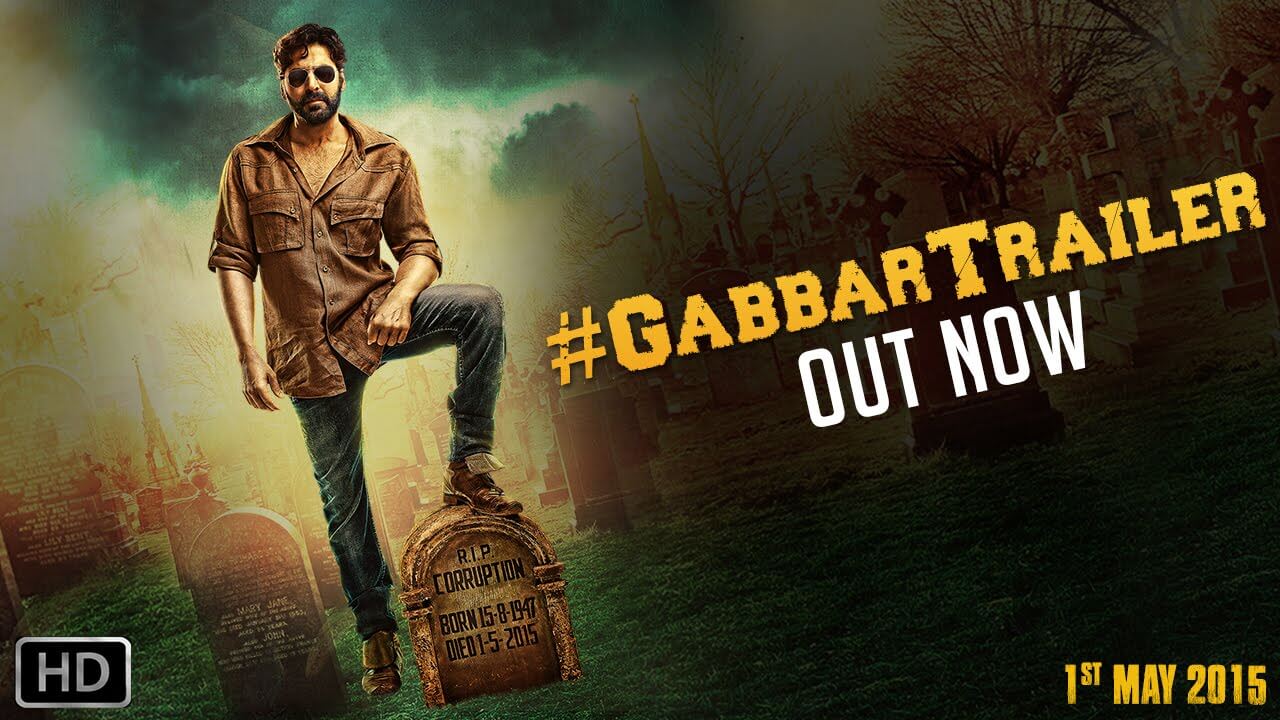 “GABBAR IS BACK” is a good idea served half-baked. To start with, the film had all the things going in its favour- producers like Sanjay Leela Bhansali and Viacom 18 Motion Pictures; the permission to use the name of the most famous villain ever on Indian screen and a story idea, which could create fireworks. But this remake of 2002 A.R. Murugadoss film “Ramanna” looses all its plusses and fails to capitalize on these advantages and ends up just being a better version of Salman Khan’s 2014 damp squib “JAI HO”, which is hardly a consolation.
The first half is quite entertaining. It is always interesting to see new ways of punishing corrupt government officials, a dream every Indian relishes. The going-on is spiced up, though a little short of intelligent. Still, it seems that here is a fair entertainer in the offing. But then, there is a gradual slide in the tale and things keep happening without exciting the audience. The climax, had it reached the desired crescendo, could have given a high adrenaline kick to the common man, but the bomb doesn’t explode-there is just a sound and oops! …the impact is missing.

There are a few really good one-liners by Akshay and his performance is routinely good. But the problem is that the characters are not well-etched and proceedings have nothing new in content and treatment. Shruti Hassan, fresh from a recent lip work, is wasted. She tries to be funny, but her character fails her. The very popular comedian, Sunil Grover, of “Gutthi” fame, tries to do a regular character, without a single funny line. Though he is honest in his acting, the character is sketchy and not well-rounded. Suman Talwar as the main villain, Digvijay Patil appears straight out of any South Indian film, with no distinction. Jaideep Ahlawat as Kuldeep Pahwa could have been impressive, with a little more effort on the part of the writer and the actor. Towards the end, one gets to see a desperate Chitrangada Singh, in an item number, but she fails to sizzle too. Kareena is also added to the cast in a very avoidable” special appearance”.
All in all- the film might excite a certain section of the audience, which even accepted a majorly shoddy “Jai Ho”. Secondly, the national desire to punish the corrupt might have its takers. Thirdly, the first half and the Akshay Kumar factor might salvage the box office prospects of the film. The film is just slightly above average by the lenient standards of our mainstream cinema. The use of the powerful word GABBAR leaves much to be desired, though. The title is wasted.