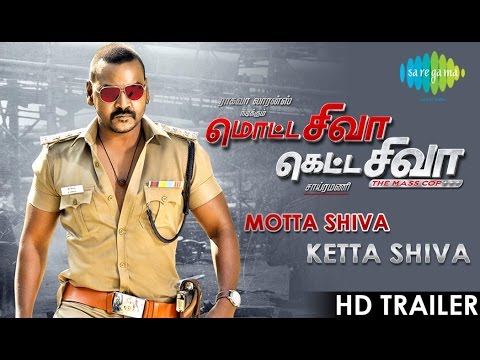 Motta Shiva Ketta Shiva is a remake of telugu film Pataas, directed by Sai Ramani. Lawrence plays a Police officer character in this film and he is good in Action, Dialogues and Comedy.

A mixed response from audience. Here’s what critics have to say about Motta Shiva Ketta Shiva.

Stylish moves in the dance sequences, fights with grace and pulls off the role of a cop decently with his attitude. But the scenes involving his emotional flashback lack conviction and could have been developed in a better way.

Lawrencce plays a hot-headed and corrupt cop, who abhors his father, his superior in the department. The reason for his extreme hatred towards his father is used as a lame excuse to make Lawrencce’s character transform and he becomes even more menacing which only results in more dialoguebaazi.

Raghava Lawrence’s biggest hits have been the Muni/Kanchana films, mainly because the boy next door charm that he displayed in them were relatable to the audiences. Here the mass role in the mould of Rajini, Ajith and Vijay is too heavy for his shoulders and it shows.