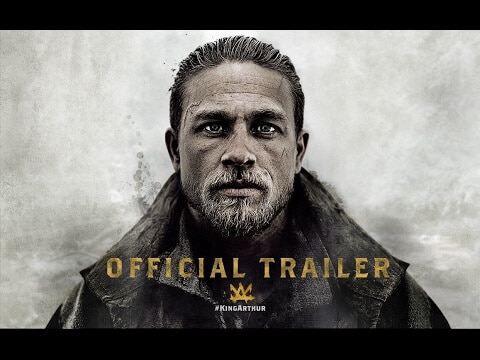 King Arthur: Legend of the Sword Review Roundup : quite hard to play on screens

Music is quite good, the film is an all-out entertainer. Guy Ritchie is the director of this film. Charlie Hunnam, Jude Law, Eric Bana, Astrid Berges-Frisbey are in the lead role. Jude Law is good in his performance.

The film has opened to mixed reviews from critics. Continue reading to find out the opinion of critics.

Despite the inconsistency in pace and vision behind this unique take on the legend of Arthur, Ritchie pulls it off in style. This may not be one of his best works but it entertains, nonetheless. Daniel Pemberton’s music deserves a special mention too.

So if there is one reason to watch this film, it is Beckham. Yes, Beckham. Someday, you will tell your children you watched one of the biggest footballers of all times make a miserable fool of himself on the silver screen.

Sometimes Ritchie can catch your attention, like with the hissing serpents from which Arthur’s evil uncle (Law) derives his powers, which were used by him to defeat and kill Arthur’s father (Bana). Ritchie can be funny, and the film, despite itself, is entertaining in parts.

0
King Arthur: Legend of the Sword Review Roundup : quite hard to play on screens