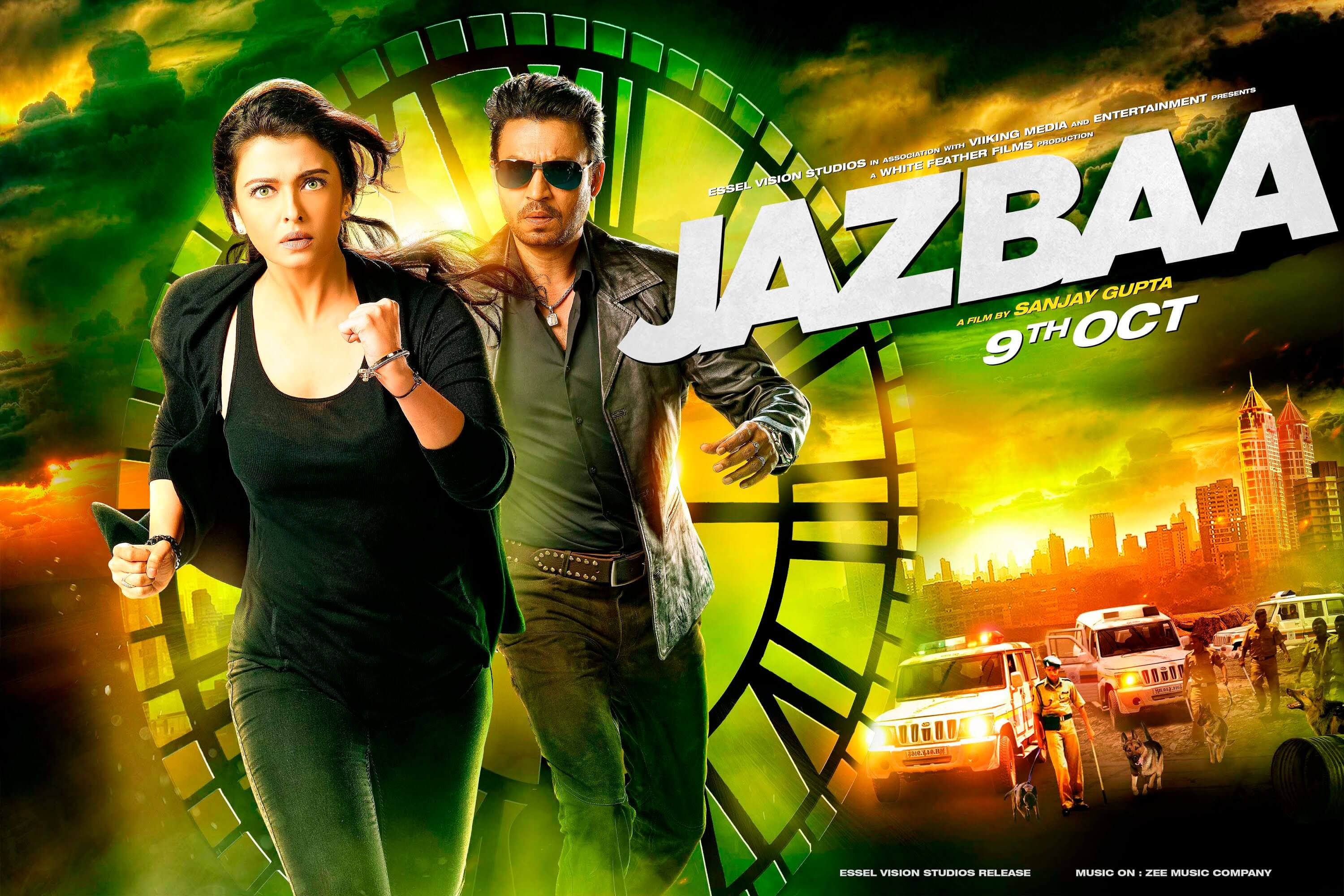 JAZBAA has most things right, some of which are very good and a few perhaps a little over the top. Sanjay Gupta, who is synonymous with slick thrillers, does a neat job of this one too. Sanjay’s 2002 thriller, KAANTE, which was an unofficial remake of RESERVOIR DOGS, was a most stylish thriller and his SHOOTOUTs at LOKHANDWALA (which he scripted) and AT WADALA (which he wrote, produced and directed) are his other standout films. JAZBAA is inspired by the Korean film, SEVEN DAYS and there are no objectionable rough edges in the product; the polish and sheen is very good and even the substance is good enough. Aishwarya Rai Bachchan, who jogs like a conscious model, but emotes considerably well, should be spared the brickbats- for she seems to have done her act reasonably well, after her long hiatus. Irrfan, who doesn’t mind playing second fiddle to his leading ladies (he just did it in PIKU earlier this year) carves his space and gets his share of claps, laughs and adulation, without trying too much. Aishwarya starts a bit shakily, but scores as the tough lawyer. Irrfan is forever smooth and consistent. In spite of all the fame and accolades, we wonder if he will ever score with his leading lady or just settle to set a new definition in relationships among the lead pair. But yes, his punch-lines and witty one-liners (well-written by Kamlesh Pandey) delivered in his characteristic style, do liven up the proceedings.  Also, it is welcome to see Shabana Azmi, who, like Irrfan, plays her character effortlessly. Though it is not important but cannot help mention that she has started looking like her mom, Shaukat Azmi, from certain angles. The support cast of Chandan Roy Sanyal as Miyaaz and Jackie Shroff, Atul Kulkarni and Priya Banerjee (as Sia) are more than adequate. Sameer Arya’s cinematography is commendable and adds to Sanjay’s film-making style . The Mumbai long shots are a pleasure.

All in all, though JAZBAA(meaning “passion”) may not be the most apt of titles, but the film has the emotions, the film-maker’s “passion” and is an engrossing thriller that should be lapped by the “non-overly critical” audience. It definitely deserves to be watched and appreciated and has the trappings of being a hit.

Find show times for Jazbaa in your city