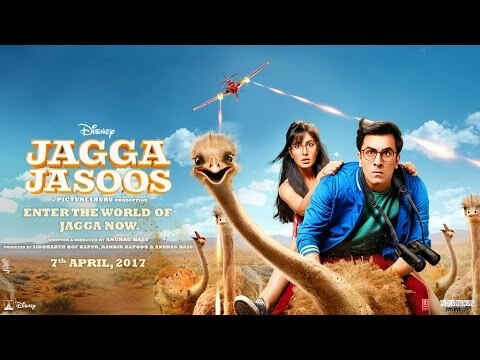 Jagga Jasoos Trailer: Ranbir-Katrina starrer will remind you of barfi

The much-awaited trailer of Ranbir-Katrina starrer Jagga jasoos is finally out. The trailer doesn’t put much light on the story line but take you through the breathtaking adventure journey.

The trailer starts with jagga’s childhood where he helplessly seeing his father walking away, cut to his adulthood where he is still waiting for his father.

There are no dialogues between the lead pair in the trailer. The entire trailer plays out with background music which is very good. Ranbir speaks one sentence in the end of the trailer.

Katrina Kaif is playing the lead actress in the movie and Saurabh Shukla is also the part of the film. It’s an adventure film directed by barfi fame Anurag Basu.

The movie is scheduled to release on 7th April, 2017. Don’t forget to share your thoughts about the trailer with us.

0
Jagga Jasoos Trailer: Ranbir-Katrina starrer will remind you of barfi