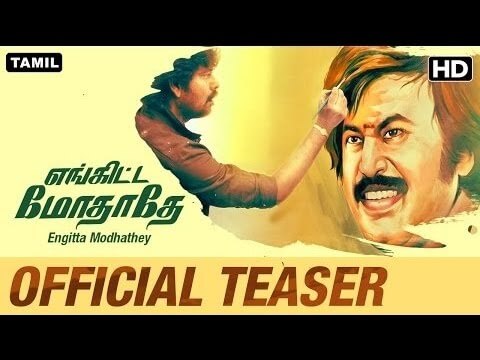 Enkitta Mothathe movie round-up : A story about star rivalry between Rajini and Kamal

Enkitta Mothathe is story about their superstar’s fan rivalry in 80’s. The film is directed by Ramu Chellappa, Under Eros International Banner. Natarajan Subramaniam, Parvathy Nair, Sanchita Shetty are in lead role.

The film is well received by critics all over. Here’s what critics have to say about Enkitta Mothathe.

Ramu Chellappa has to be appreciated for giving the audience an insight into how politics does its fair share in cinema. That said, Engitta Modhathey would have been a thoroughly entertaining film had he focused more on the subject than the love angle.

The highlight of the film is the shedding of light on the hitherto unknown politics that Rajini and Kamal fans played when they were in their peak even though the legends themselves stayed away from it.

0
Enkitta Mothathe movie round-up : A story about star rivalry between Rajini and Kamal