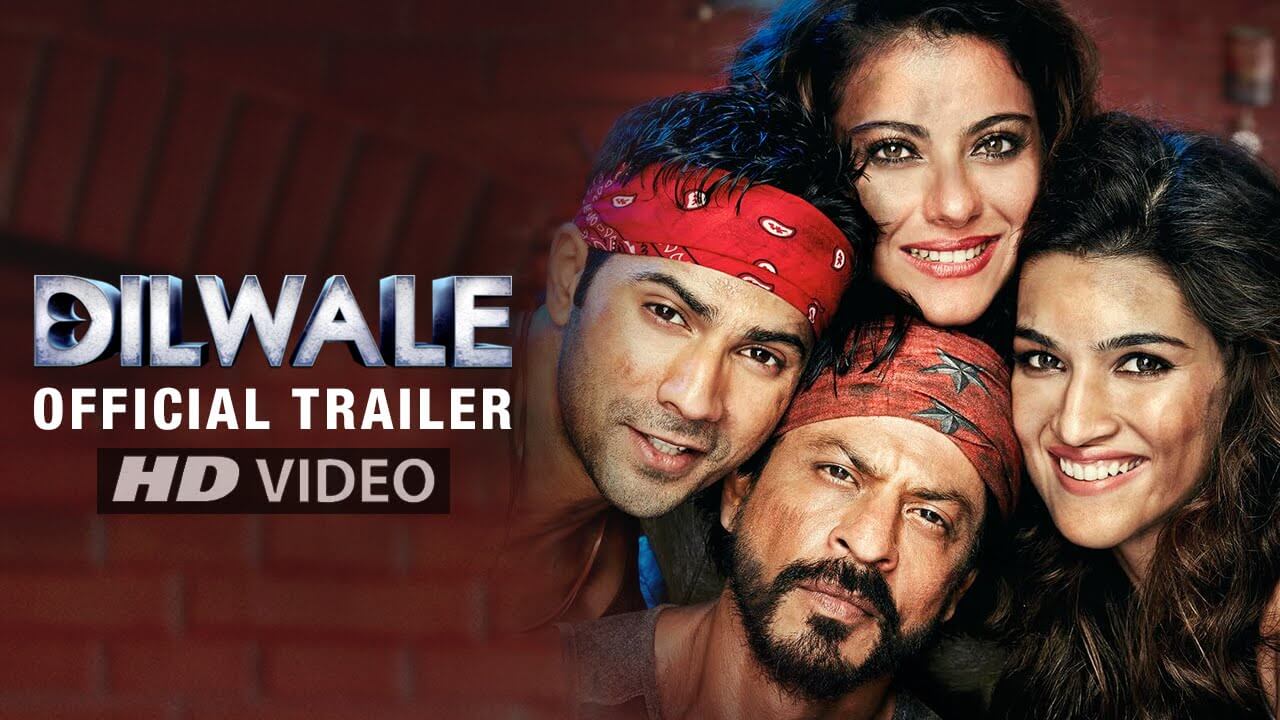 Logic and sanity have never been Rohit Shetty’s forte, but no-holds-barred entertainment has surely been his strongpoint, making him the most popular masala director of our times. With SINGHAM (a 7 lettered word) he achieved his best mix of ingredients, with CHENNAI EXPRESS (two 7 lettered words) he switched successfully from Ajay Devgn to Shahrukh Khan and with DILWALE(again a 7 lettered word), he achieves his worst mix of formulae. Should DILWALE ever have been made-is a valid question in itself. Nevertheless, if you are a Shahrukh Khan fan or a Rohit Shetty loyalist or want to have one last look at an ageing but very graceful Kajol, you are most welcome to join the bandwagon. You may actually enjoy the journey to an extent, mindlessness notwithstanding. That Shetty can do justice to comedy and action both is an established fact, but to have two tales running in a film-one that thrives on action alone and other that thrives on mindless capers, both separated just by an interval, then the product is an unpalatable khichdi, where neither story seems continuous. The somber and hardcore gangsters of Bulgaria become crumbling softies of Goa, with no conviction at all.

The Bulgaria shown in the movie is beautiful and enticing, though. One can actually watch the movie for the introduction to this scenic country alone. Also, Shetty’s bright coloured sets are there and there is no dull frame. Shahrukh is good and his younger avatar in boyish jackets and sneakers is quite convincing. Kajol, for her age, looks stunning and is a highlight of the film. Varun Dhawan fights and delivers jokes with a straight face and he is his usual likeable self. Kriti Sanon looks pretty and hardly has anything else to do.There is a bevy of jokers to raise laughter –in the form of Johny Lever, Varun Sharma and Sanjay Mishra, which they do to a certain extent.

All in all- DILWALE fails to live upto its huge expectations and though it may find itself raking in the moolah, both Shahrukh and Rohit will have regrets as regards it being a part of their illustrious filmography. Watch it if you don’t miss any Hindi movie! Otherwise……..