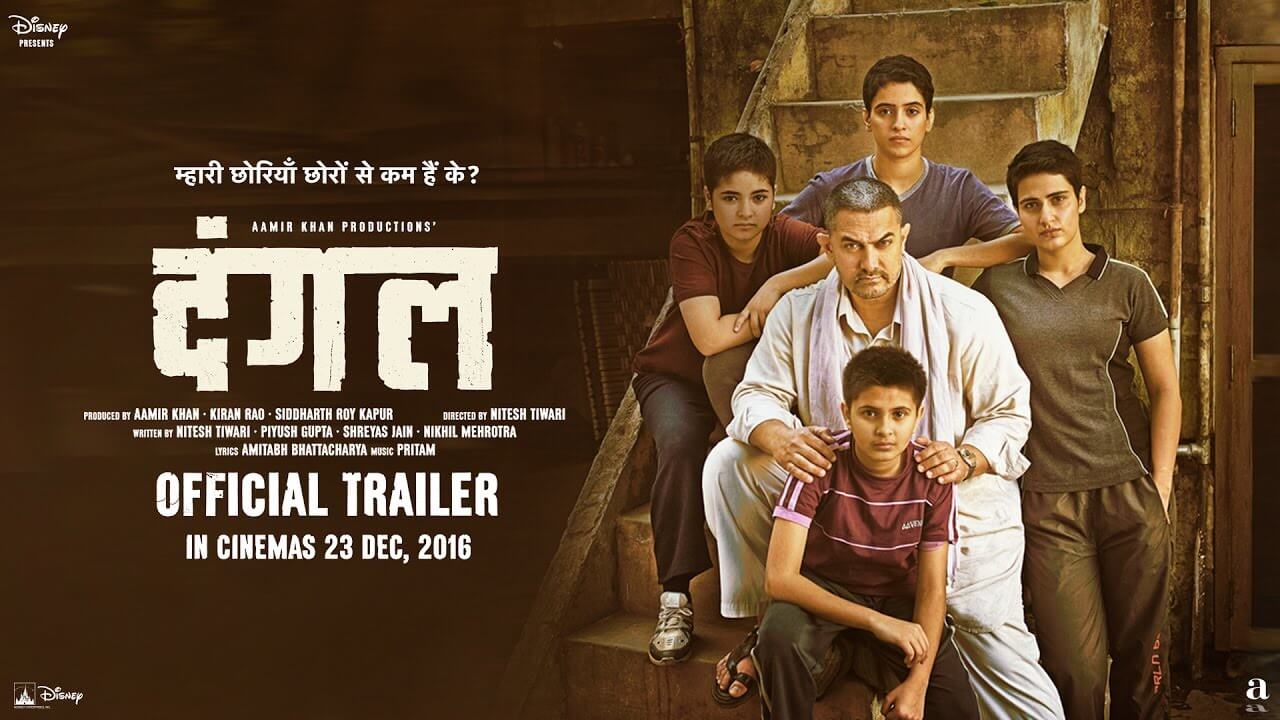 DANGAL Review- Aamir does it again on X-mas

DANGAL is a finely thought out, finely made film, which impresses as well as tugs at your heartstrings, in spite of being formulaic and following a predictable path. Aamir Khan has yet again scored a winner with a rural backdrop and the four actors playing the two female wrestlers Geeta and Babita Phogat are the major highlights of this ‘already a classic’, directed by Nitesh Tiwari.

All credit to Aamir for experimenting totally different subjects for his films – not an iota of commonality in the subjects and treatments of Lagaan, Ghajini, 3 Idiots, Talaash, PK or Dangal. This when a Shahrukh Khan is almost always using his entire charisma and feeling totally content making ordinary films into mega-hits. Aamir writes history with almost each film and is able to do so for he dares. So, we don’t and won’t take anything away from him.

Honestly speaking, Salman’s SULTAN with a similar subject was a much spicier entertainer, yet DANGAL’s honesty and sincerity are far superior, making it a favourite of the junta and the critics alike. With a tagline like “Are my daughters any less than the sons?”, you know before-hand what exactly to expect and when. Yet, the screenplay writers have done such a balanced and beautiful job that the feeling that you knew what will happen disappears. That the Phogat sisters will win gold medals is never in doubt for this film’s viewers, even for those who may actually not be aware of these real wrestlers’ achievements, yet-how the predictable tale is kept joyfully alive by punctuations- fine incidents, great characterizations and a very focused director deserves kudos. Pritam’s music gives the right impetus to the film. Aamir rises above his starry restraints and plays the aging wrestler, Mahavir Phogat with restraint and understanding and flawlessness. But it’s the young actresses playing Aamir’s daughters, who are the real stars here. First, a fiery Zaira Wasim with beautiful support from Suhani Bhatnagar (as Geeta and Babita) take their act to dizzy heights and later Fatima Sana Sheikh and Sanya Malhotra, playing the grown-up girls create the uncommon magic. They are all superb.

DANGAL will break many records in box-office collections and will fuel Aamir to make more great films and will fetch several awards and will give a promising star in the making to Hindi films, called Fatima Sana Sheikh.

Almost everyone and anyone can watch this movie ! It is universal in appeal!

0
DANGAL Review- Aamir does it again on X-mas