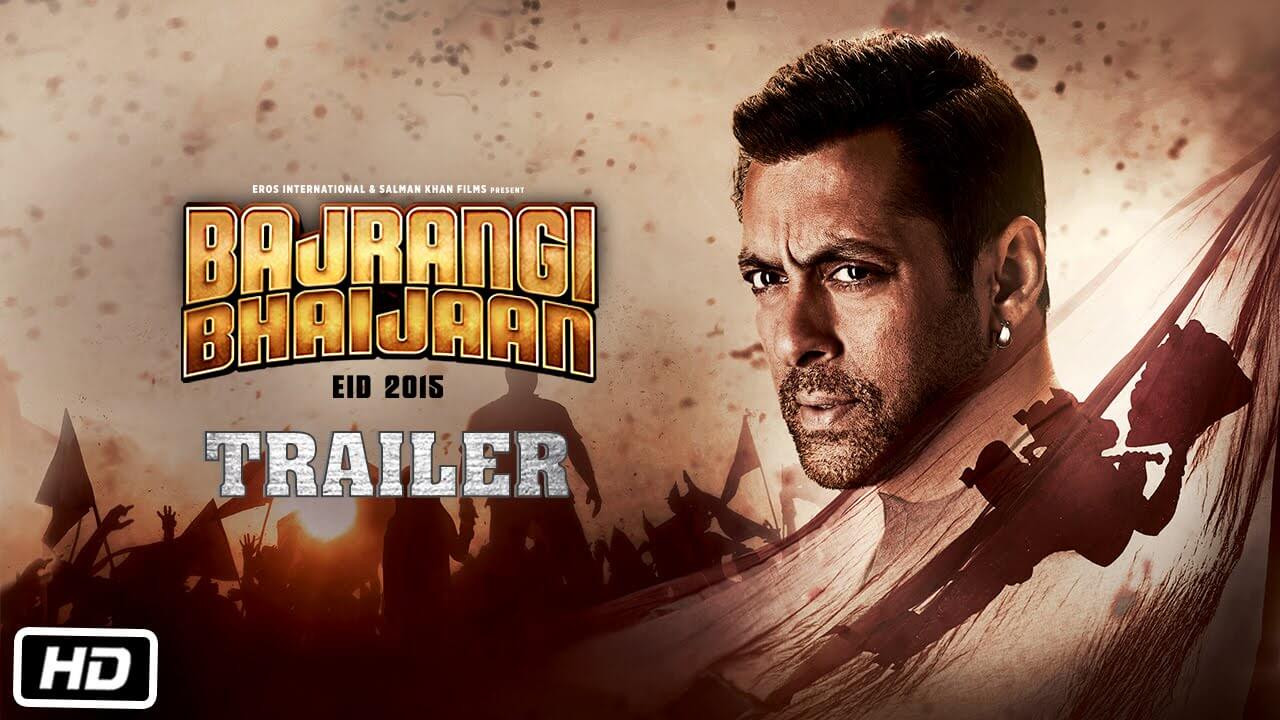 BAJRANGI BHAIJAAN is a BLOCKBUSTER, without any doubt. It is a humane story of a very affable Bajrangi, played by Salman Khan, who transcends boundaries of religions, nations and hard bred hatred to win hearts ….and yes, hearts will be won aplenty. The formula is right in place and very well executed by Kabir Khan, who has been releasing films every three years – Kabul Express (2006) , New York (2009), Ek Tha Tiger (2012) and now Bajrangi Bhaijaan ( 2015). The film is a balanced take on Indians and Pakistanis, Hindus and Muslims and there should be no complaints from either side. At the centre of the tale is probably the prettiest and cutest looking 6-year old girl in the world (played by Harshali Malhotra). Salman Khan, for once, underplays his Bajrangi , but is simply lovable as the truthful and honest to the core Hanuman bhakt. Kareena Kapoor Khan looks very pretty as the middle class lass and does adequate justice to her rather short role. It is Nawazuddin Siddiqui again, who appears only in the second half, but walks away with whistles and claps. When Nawazuddin plays Nawazuddin (his typical self), he is simply awesome. The talented Sharat Saxena excels in a small but effective role, almost tailor-made to suit him. The Old Delhi shown in the film is not overwhelming, but adequate. Same can be said of Pakistan.

The story is simple and though we can predict a few things, there is enough happening at every corner to keep the story moving smoothly, without hiccups. Also, there is enough to make your eyes moist every now and then, as you see so much goodness around on both sides of the border. Nothing succeeds like love of the people and the junta is going to pour its love unconditionally on Bajrangi, and Eid will ensure magical collections and here we have a superior product, which should do extremely well at the box office. The music by Pritam may not create a flutter. But the Bajrang bali song in Kurukshetra is a riot of colours and very interestingly filmed. The Adnan Sami song may attract a following.

All in all- “B” seems to be the lucky alphabet this July. First BAHUBALI and now BAJRANGI BHAIJAAN. A BIG BIG BLOCKBUSTER has been unleashed . What GADAR (2001) achieved through violence, BAJRANGI achieves through love. Salman fans- Rejoice !!